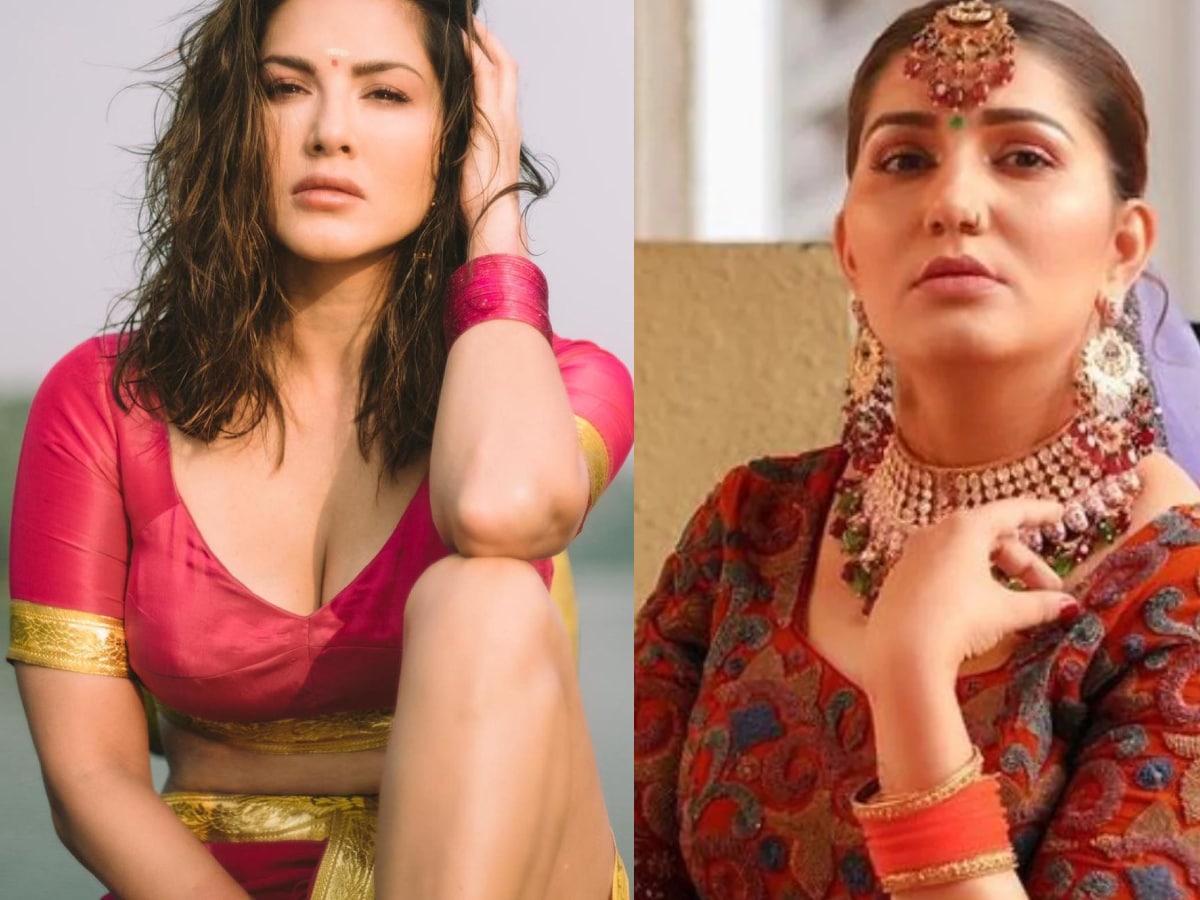 Top 5 Viral Videos OF Entertainment : Fans were surprised when Sunny Leone was seen doing crunches while eating fries on a bench. Although, she is liking the funny style of the actress, but this proves one more thing that Sunny Leone is very fond of food and drink. She has shared a funny video on Instagram.

Fans are very fond of this video of Sunny Leone, which she shared on Instagram 1 day ago. The video has got more than one lakh likes so far. Fans are expressing their love for the actress by commenting on the video.

Sunny wrote in the caption accompanying the video, ‘Gym Foodie Challenge! How many did I eat?’ Tell me by watching the video. Sunny enjoys working out a lot and the proof of this is her Instagram account. A few days ago, she gave the ‘Y Challenge’ to the fans and posted a video of himself doing a workout on Instagram.

Sapna Choudhary is famous for her dance and music videos across the country. She became popular from house to house with ‘Bigg Boss 11’. Desi queen knows very well how to impress her fans. A recent video of Sapna Chaudhary has surfaced, in which this dancer from Haryana performed live on her next song ‘Kamini’ at a wedding. This music video will be officially released on VYRL Haryanvi on 25 July.

Not a day passes on social media when a video of someone doesn’t go viral. Through that video, we get to see many types of talent. Platforms like social networking sites Instagram, YouTube, Twitter and Facebook are no less than a boon for those people who have the talent to do something and since the advent of social media, the fortunes of the talent have opened up.

Bollywood’s Mr. Perfectionist Aamir Khan is busy these days with his most awaited film ‘Laal Singh Chaddha’. In such a situation, the entire cast and crew of the film are engaged in the post production work of the film so that everything is absolutely perfect. Amidst all this, a BTS video of the film has surfaced, which has been shared on Instagram by Aamir Khan’s production house.

The most awaited trailer of ‘Game of Thrones’ prequel ‘House of the Dragon’ has been released. In this, a tremendous glimpse of the dragon has been shown. Fans are eagerly waiting for this series. The ‘House of the Dragon’ series will premiere on HBO Max on August 21. Can be seen on Disney Plus Hotstar in India from 22 August. The interesting trailer of this series has increased the curiosity of the fans.

Suresh Wadkar Bithday: Know the special things of the...