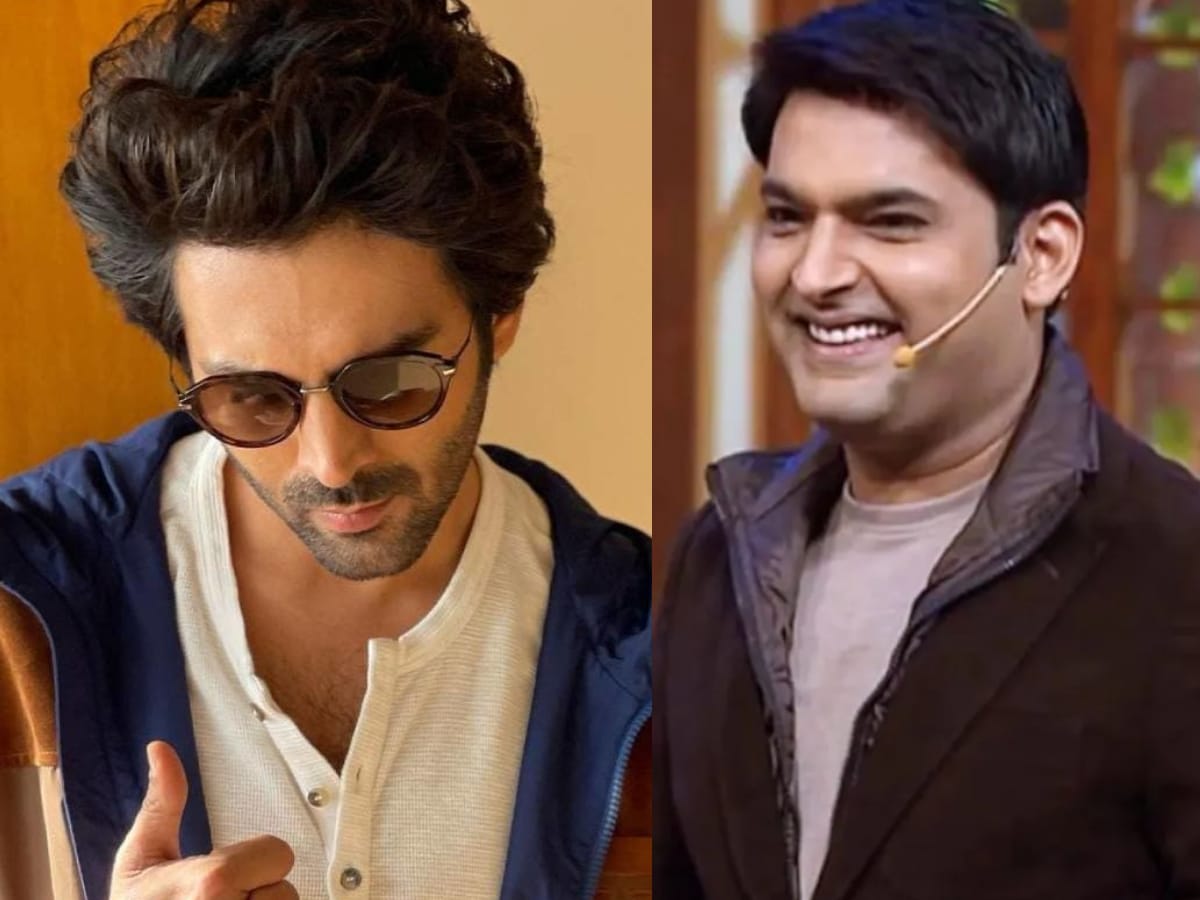 Top 5 Viral Videos of Entertainment : Kartik Aaryan was recently seen comforting a fan who could not control his emotions after seeing him. Paparazzi shared this video from his Instagram account, in which Kartik is seen signing an autograph for a fan, while the girl is crying bitterly.

The actors then console them and hug them while talking to them. Karthik looked completely ready for an event. He looked handsome in a gray checkered suit with matching pants.

Fans are commenting on the video and telling him the owner of the holy spirit and beautiful heart. Talking about his fanbase, Kartik told Bollywood Hungama that he is lucky to have an honest fanbase.

The first promo of this show has come out, in which Kapil Sharma is going to be seen as a family man once again. While Sumona is again seen as Kapil’s wife in the show, Kapil’s ‘new father-in-law’ is also seen.

Every day someone’s video goes viral on social media. It is a platform where people show their talent and make their own identity. Through this special segment ‘Social Talent’, we try to give you information about only those people who are busy making their mark on social media on the basis of their skills.

Kareena Kapoor Khan is known for her acting and beauty. Be it any occasion, she manages to grab the attention of people with her dress and personality. Bebo was recently seen attending a luxury car launch event in Mumbai, where she walked the ramp.

Ranbir Kapoor, who is busy promoting ‘Brahmastra’, was in Chennai on Wednesday with Nagarjuna and filmmaker SS Rajamouli. SS Rajamouli is presenting the film in South Indian languages. While interacting ahead of the event, a clip of the three stars has surfaced on social media and is grabbing the attention of the fans.