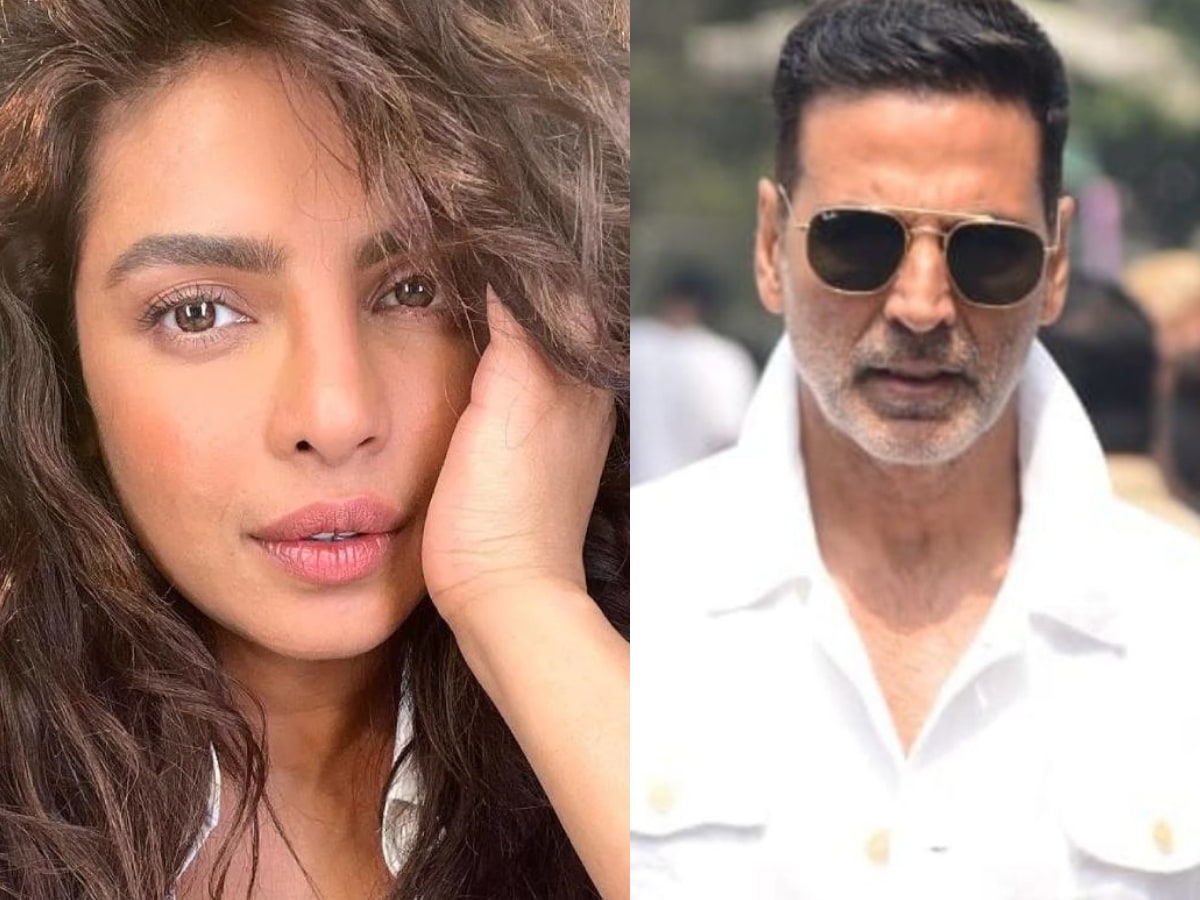 Priyanka wore a black crop top with denim pants and a black jacket for the music concert. She completed her look with a beautiful bag and glasses. Lily was also wearing a black dress. He was seen dancing to Diljit’s hit songs in the concert.

Lily shared the video with the caption, ‘Punjabi.’ Diljit reposted the video and wrote, ‘We are proud of you ladies.’ It is no secret that Canadian comedian and talk show host Lily has a close bond with both Priyanka and Diljit. She has been a part of the Diwali party hosted by Priyanka last year.

Akshay Kumar and Bhumi Pednekar’s much awaited film ‘Raksha Bandhan’ is all set to hit the theaters on August 11. These days the film is being promoted with a lot of noise. Akshay-Bhoomi is leaving no stone unturned to make the film a hit. Amidst the promotion of the film, the makers have released another new song of the film “Dhaagon Se Baandhaa” today, which is quite emotional but very spectacular.

Akshara Singh is making headlines for sharing many of her social media posts with Aamir Khan. Meanwhile, his new reel is being well-liked, in which Aamir Khan and Akshara Singh are seen dancing on the song Chand recommendation of ‘Fanaa’.

Today we are going to tell you about another social media star, whose name is Celesti Bairagey. Celesti Bairagey is known on social media as Alia Bhatt’s lookalike. Celesti, a resident of Assam, copies Alia Bhatt in such a way that even fans are deceived on the Internet after seeing her pictures. Celesti’s pictures also go viral on social media every day. Let me tell you, although Celesti is studying English Literature, but she has also been successful in making a good mark with her talent.

These days in the Bhojpuri music industry, Bolbam songs are dominated on the occasion of Sawan. One after the other, Bhojpuri stars are releasing their Kanwar songs. Her songs are also trending on YouTube. In this, people are liking the songs of singers like Khesari Lal Yadav, Pawan Singh, Ritesh Pandey and Shilpi Raj. In such a situation, now singer Priyanka Singh Chauhan’s Kanwar song ‘Bhangiye Mangele Bholenath’ has been released, in which Bhagyashree (Tanya Yadav) and Rajshree (Guddi Yadav) of Bhojpuri have performed. Both are budding actresses and sisters of the industry. She is a resident of Ramnagar Katesar in Banaras.

- Advertisement -
Share
Facebook
Twitter
Pinterest
WhatsApp
Previous articleSanjay Dutt Birthday: Sanju Baba, famous for love, told this actor- ‘You are not alone’
Next articleOTT This Weekend: These great web series and films releasing on OTT this Weekend, will get double dose of suspense and action.
- Advertisement -