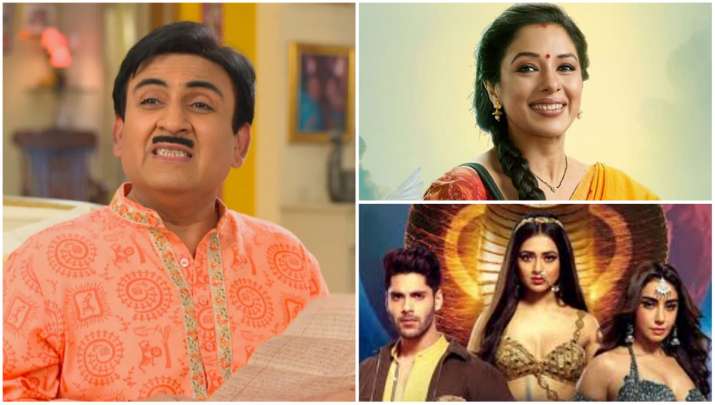 TRP Week 29: The TRP report for the 29th week of the year has come out. Due to which it will be clear that who is sitting on the chair of serial number 1 and which show’s fight is going to continue.

The audience sitting at home eagerly waits for this day. So that they can see on which number their favorite serial number is. So without delay, let us tell which serial has worn the crown of victory this time, then who has tasted the taste of defeat.

Like last week, this week also the serial ‘Taarak Mehta Ka Ooltah Chashmah’ is holding its grip on the number 1 chair. These serials are constantly maintaining their place among the audience. All the characters of the show are very much liked by the audience. After seeing them, no one can control their laughter.

Serial Anupama is also present at number two this time like last week. However, the makers are constantly trying their best to make the show number one. New twists are being seen in the show every day. The TRP of the show is increasing day by day. But the show needs to work harder to come at No.

The reality show Khatron Ke Khiladi 12 is also continuously entertaining the audience. The audience is enjoying a lot seeing the contestants facing the dangers. This time the show has got the third place in the TRP list.

Kumkum Bhagya is at number four in the TRP list this week. This serial has been maintaining its special place in the hearts of people for years. Also, in the case of TP, Kumkum Bhagya has been keeping its hold for years.

Superstar Singer 2 This week the show is at number five in the TRP list. Alka Yagnik, Himesh Reshammiya and Javed Ali are seen as judges in the show.

Yeh Rishta Kya Kehlata Hai that TRP is decreasing day by day. By the way, a lot of twists are being seen in the show. But still do not know why this show is not able to please its audience. This week the show has reached number six in the TRP list.

This time the serial ‘Yeh Hai Chahatein’ is at number seven in the TRP list. The story of the serial revolves around Dr. Prisha and Rockstar Rudraksh who have fallen in love with each other.

‘Anupamaa’: Anuj will wander in the forest after the...