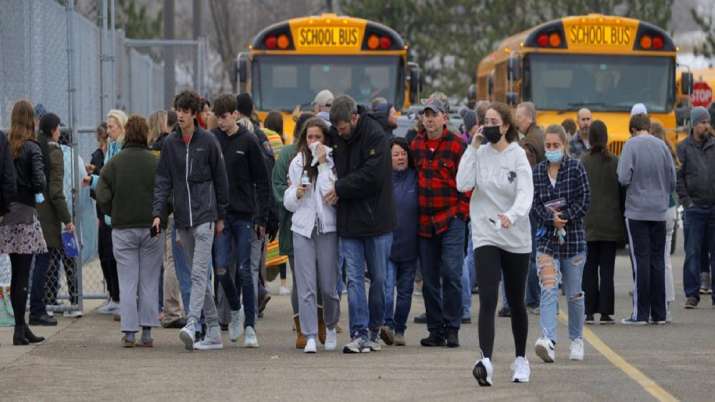 Oxford Township (USA): A 15-year-old student opened fire at a Michigan high school, killing three students and injuring eight others, including a teacher. The student who fired the shots was arrested. He also studies in the same school.

Oakland County Undersheriff Mike McCabe said a 16-year-old boy, a 14-year-old girl and a 17-year-old were among the students killed in the shooting. A teacher was also among those who were shot, he said. A pistol has been recovered from the student who opened fire.

UPDATE: Authorities identified three students who were killed in an attack at a Michigan high school as a 16-year-old boy and two girls, ages 14 and 17. Local officials say eight people were injured, and two of the wounded were undergoing surgery. https://t.co/S4zIlj733I

The investigating officers also recovered several empty cartridges from the school premises. Suppose about 15-20 rounds of bullets have been fired. According to the police, the attacker was alone in the incident. The investigation into why the bullet was fired is still on.

Officials said police were notified at about 12:55 p.m. that a gunman was at Oxford High School in Oxford Township, a suburb of north Detroit. The Oakland County Sheriff’s Office said the student who opened fire has been arrested.

You can win prizes and many discount vouchers through the Flipkart...

Bombay High Court order – sexual harassment cases will not be...