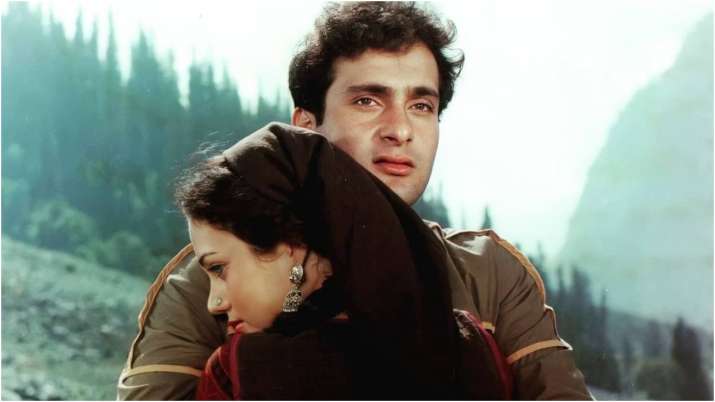 Raj Kapoor’s film made headlines since its release. In the film, Mandakini became famous by giving bold scenes under the waterfall. Not only cinema lovers but his fans were also associated with every section and different professional works.

The film made not only Mandakini but also her co-star Rajiv Kapoor famous.

Recalling the film in an interview, Rajiv Kapoor said, “To be honest, even among the younger generation if I am remembered today, it is purely because of Ram Teri Ganga Maili. It made me famous all over the world. It appears regularly on television as well. Today, when I go to a mall or a theatre, I meet people who are familiar with the film.”

Unfortunately, on February 9 this year, Rajiv Kapoor died of a heart attack. Rajeev Kapoor had appeared in only a few films apart from the film ‘Ram Teri Ganga Maili’ made under the direction of Raj Kapoor. He also directed the film ‘Prem Granth’ starring Rishi Kapoor in the lead role.

Mandakini was last seen in Govinda-Aditya Pancholi’s 1996 film Zordaar. After this film, he retired from films. She was married to Dr. Kagyur T. Rinpoche Thakur. He has two children from this marriage. Her husband is a Buddhist monk. He planned to make his home in Mumbai. She has a home on Mumbai’s Yari Road, Mandakini helps her husband run his Tibetan herbal center and teaches Tibetan Yoga to the people.

Mandakini is now keen to make a comeback in Bollywood. Her manager Babubhai Thiba recently told ETimes that the actress plans to return to films and is currently going through the scripts. Mandakini is ready to work in web series and films, but she wants to play the lead role in them.