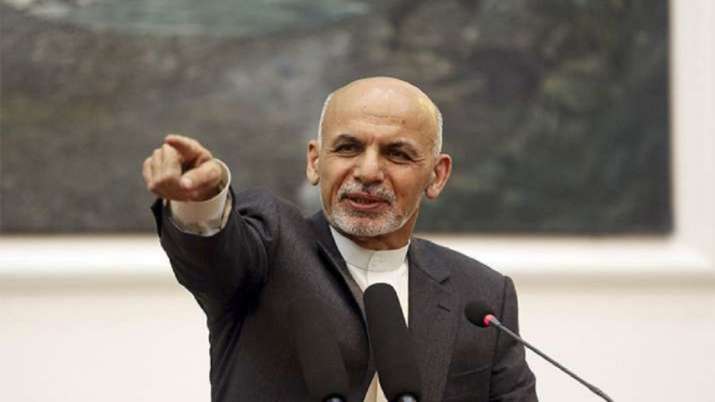 Kabul: Afghan President Ashraf Ghani on Monday blamed the rapid withdrawal of US troops for escalating violence in the country, saying his government is now focused on protecting provincial capitals as well as major urban areas from the growing influence of the Taliban. Will do Ghani has urged lawmakers to unite nationally and support the mobilization campaign against the Taliban in the wake of the ongoing conflict between the Taliban and Afghan government forces over the past few months.

Ghani’s statement assumes significance in the wake of the withdrawal of troops from the US and the North Atlantic Treaty Organization (NATO). Addressing parliament, Ghani said, “The peace process talks with the Taliban did not yield any benefits, but instead created a state of suspicion and suspicion among the people of Afghanistan.” does not do. In the next six months there will be unprecedented changes and the Taliban will be pushed back.

He said that Afghan security forces have been assigned a responsibility and they have the capability to defeat terrorists. Ghani arrived by helicopter to address the extraordinary session of the House. This session was called after seeing the ground situation. “The Taliban does not believe in peace,” he said. Ghani predicted a huge change in the battlefield in the next six months that would see the Taliban retreat. However, he did not give its details. The Taliban captured the provincial government’s radio and TV building in Lashkar Gah, the capital of Helmand province, hours after the president’s address. Horoscope Today 9 June 2022: These people including Aquarius may get...

Horoscope December 31: Which zodiac signs will benefit and who will... Akshay Kumar became number 1 in this case by overtaking Shahrukh,...

After the death of Siddharth Shukla, Shahnaaz Gill’s father got the...