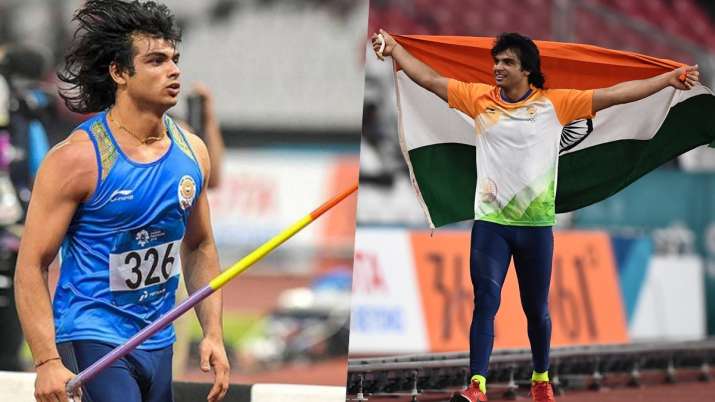 Neeraj Chopra World Athletics Championships: Another achievement has been recorded in the name of Neeraj Chopra, who won the gold medal in Tokyo Olympics. He has created history by winning the silver medal in the ongoing World Athletics Championships in Eugene. He has given India a medal in this championship after 19 years. The last time India’s female athlete Anju Bobby George won the bronze medal was in 2003 in Paris.

Neeraj Chopra had a poor start in the final round. But with the third and fourth attempts, he picked up the pace. In the fourth attempt, Neeraj threw his best of 88.13 meters in the final and won the silver medal. His first and fifth attempts were also fouls in the meantime. On the other hand, Anderson Peters of Granada crossed the 90 meter line three times out of five and won the gold medal. Jakub Waldech of Czech Republic won the bronze medal.

All efforts of Neeraj Chopra in the final match

Olympic Champion Neeraj Chopra wins Silver Medal in men’s Javelin Throw final of the #WorldAthleticsChamps with a throw of 88.13m

Neeraj did not cross Peter’s hurdle

Neeraj Chopra started in Group A qualification and threw a throw of 88.39m, which was the third best throw of his career. Defending champion Peters finished first in Group B with a throw of 89.91m. Chopra’s best individual performance is 89.94m. He had earlier participated in the 2017 London World Championships but failed to qualify for the final.

The entire country is proud of you Champion and I am sure your achievement will inspire thousands of youths across the country. pic.twitter.com/ipskghh9nJ

He missed the 2019 World Championships in Doha due to an elbow operation. Chopra had beaten Peters twice this season while Peters was victorious in the Diamond League in June. Peters has now thrown more than 90m throws six times in a season while Chopra is yet to cross the hurdle.

While Neeraj Chopra won the silver medal, other javelin throwers from India who were a part of the final round are in 10th place. Rohit threw his best of 78.72 meters in the third attempt. After the qualifying round, 12 throwers entered the final. A total of 34 athletes took part in this competition.

Looking at the history of the World Athletics Championships, the only medal for India was won by Anju Bobby George in the long jump in Paris in 2003. Anju had won a bronze medal in that competition.