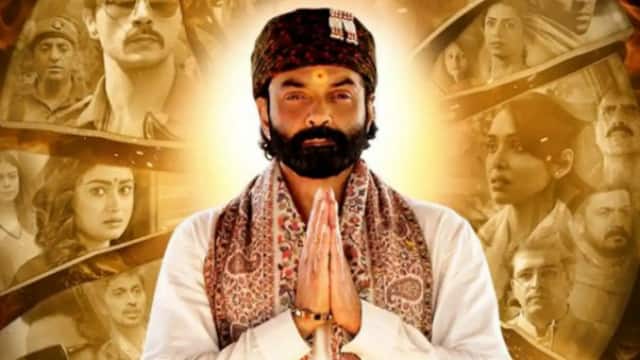 Bollywood actor Bobby Deol’s popular web series Ashram has knocked on the OTT platform with its third season. There is no doubt that the web series Ashram has played a big role in making Bobby’s career shine. Bobby Deol was trying to spread his magic again on the film screen for a long time, but every time people were denying him. Bui Ashram released in the year 2020 has been one of the popular web series and due to this once again Bobby started winning the hearts of the people. Bobby Deol, becoming Baba Nirala, is now preparing to make a splash through Ashram 3. Reactions of people are coming out on social media regarding this web series.

Nirala Baba dominated twitter
People were waiting for Ashram 3 for a long time. After the trailer came out, people were finding it difficult to wait. On Twitter, people are seen expressing their curiosity about this series. Let us inform that since last night all the episodes of Ashram 3 have been released on MX Player. Those who have watched this series are not tired of praising director Prakash Jha. Those who are making up their mind to watch Ashram 3 this weekend are also continuously giving their reaction on Twitter.

Loved binge watching #AashramSeason3 on @MXPlayer !!@thedeol keep up with these performances … Loved this hidden talent !!
Salute once more to @prakashjha27 !!#Aashram3https://t.co/OVgSAEBx8n

Very excited for #Aashram3 but after watching it i think story was going slowly & lengthy.
I thought it was the end of it but not☹️.
Not excited for next season.#aashram4 @thedeol @iamtridha @DarshanKumaar

Story of Ashram 3
People are very curious about the story of Bobby Deol starrer Ashram 3. The story of Ashram 3 is based on the fictional city of Kashipur. The story of the series is woven around Baba Nirala, drugs and politics. In the first and second part, the deeds of Baba Nirala could not come in front of the people. In such a situation, many people are also desperate to know that what will happen with Baba Nirala this time?