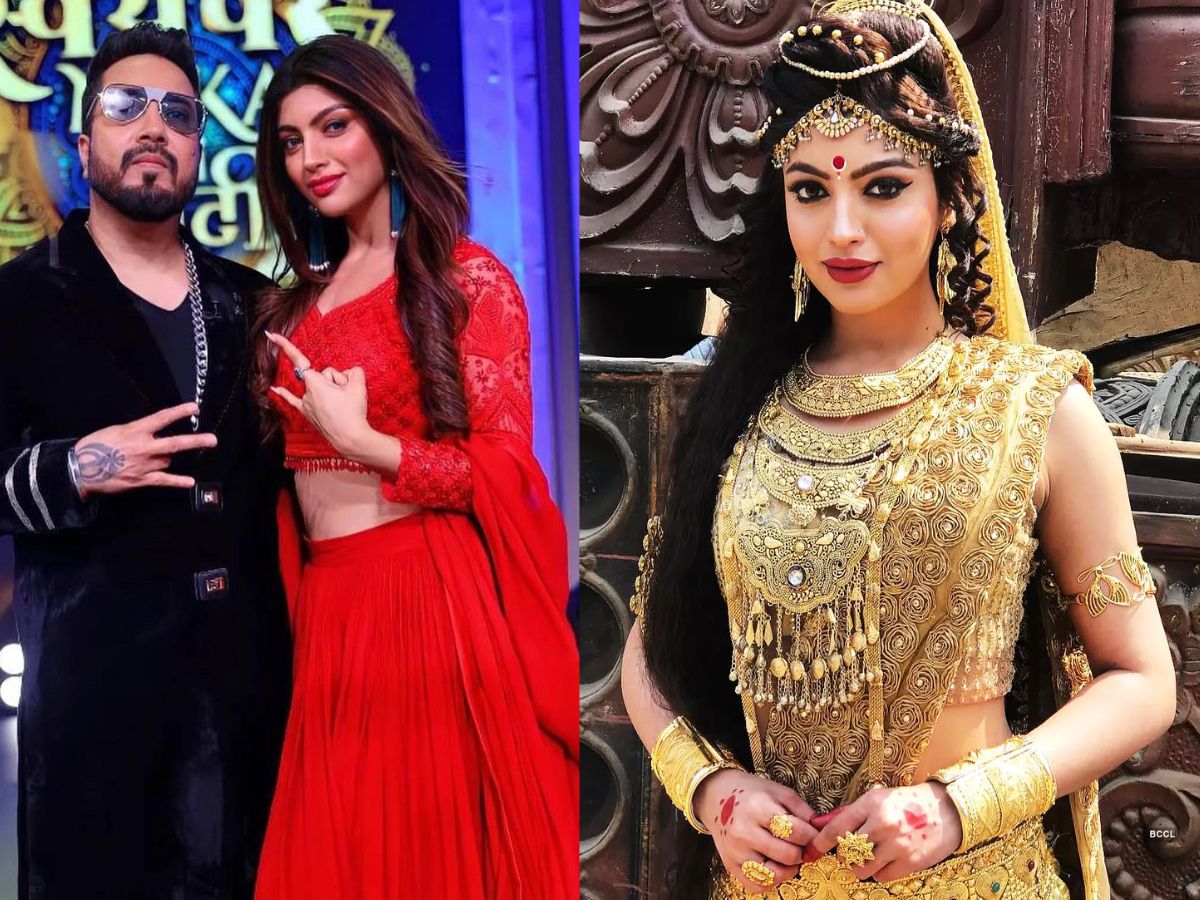 Akanksha Puri, who has worked in films like South’s film ‘Alex Pandian’ and ‘Praise the Lord’, is in discussion about marrying singer Mika Singh these days. The actress describes herself as his queen by sharing her pictures with Mika Singh. As we have already told you that Akanksha, Mika Singh are very old friends and there have been reports about the affair of both of them many times but then they rejected it.

As soon as Singer announced ‘Swayamvar – Mika Di Vohti’ on National TV, she quickly took a wild card entry in it. Now it seems that she has already held a special place in Mika’s heart.

Fans liked the pairing of Akanksha with Mika Singh

The show ‘Mika Di Vohti’ will conclude on July 25 and till then the Punjabi singer has to finalize his brides. According to a report by India Forum, Akanksha Puri, Prantika Das and Neet Mahal have become finalists in the show. Among them, Akanksha’s name is being taken the most and the report is also telling her to be Mika’s bride.

Meanwhile, Akanksha has shared some of her pictures with Mika, in which both are looking good. Seeing these pictures, fans are telling her the best pair with Mika Singh. Many users believe that they both look best together.

Akanksha is the winner of ‘Mika the Vohti’!

According to a report in ETimes, Akanksha Puri has won the Swayamvar- ‘Mika Di Vohti’. ‘Vighnaharta Ganesh’ fame actress has known Mika for the last 13-14 years. Akanksha has already told that she has a very close relationship with Mika Singh.

Therefore, she wants her best friend of all these years to be her life partner. The actress had taken a grand entry in ‘Swayamvar’ and challenged other girls to beware of her as there can be only one queen for a king.

Recently, legendary singer Gurdas Maan appeared on the show and he said, ‘I am extremely happy to be a part of this show as it is my favorite brother’s swayamvar. ‘Princesses’ are very attractive but there are many things to keep in mind before marrying a celebrity.

It’s not easy. Be the wife of a celeb, it takes a lot of patience and perseverance to maintain the bond and relationship. At the same time, the ‘Sawan Mein Lag Gayi Aag’ singer once said that he is the only bachelor after Bollywood superstar Salman Khan. Singer has also expressed his desire to invite ‘Dabangg’ Khan to his bachelor party.

There will be a strong competition between them in the finale

Swayamvar – The finale episode of ‘Mika Di Vohti’ will see many prominent faces of the television industry present. Four contestants, Akanksha Puri, Prantika Das, Neet Mahal and Riya Kishanchandani have emerged as the finalists and will compete to become the queen of singer Mika Singh.

- Advertisement -
Share
Facebook
Twitter
Pinterest
WhatsApp
Previous article‘Khatron Ke Khiladi 12’: After Rubina, this actress was out of the race of the show
Next articleKhatron ke Khiladi 12: Jannat Zubair missed out on winning the trophy!
- Advertisement -

‘Anupamaa’: Anuj will wander in the forest after the...

KKK12: 3 contestants clashed in the elimination round, this...