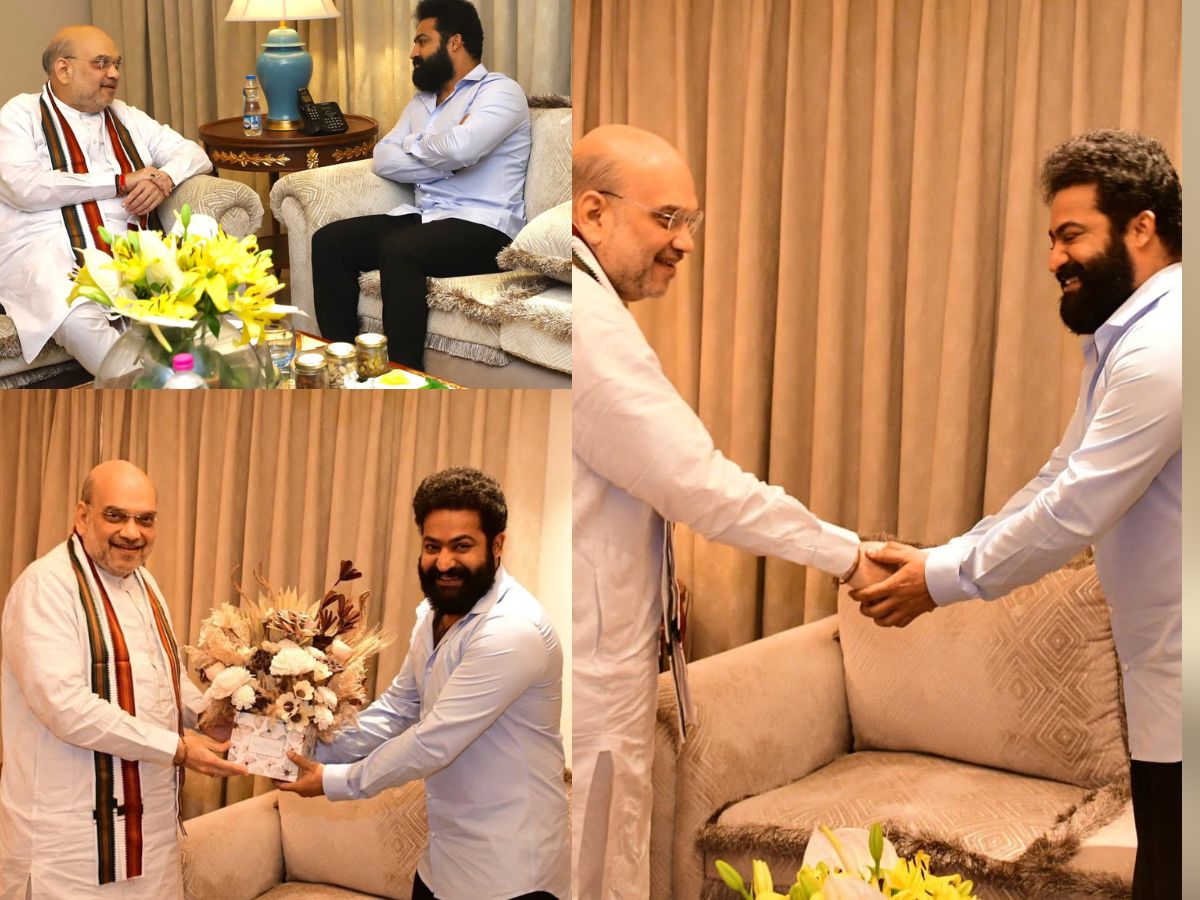 Sharing the pictures, Amit Shah wrote in the caption, ‘Had a great conversation with Jr NTR, a very talented actor and the gem of our Telugu cinema in Hyderabad. It was a pleasure to talk with Taarak.

People are giving all kinds of reactions on the meeting of NTR. A Facebook user named Devendra Shukla Guddu wrote, ‘Dakshin is an important link in the direction of victory, surely the Ashwamedha chariot of the Bharatiya Janata Party will be waving its flag victory flag in all four directions in the country No doubt..Vande Mataram Bharat Mata ki Victory.’

On Amit Shah’s meeting with Tarak, a user wrote, ‘It was great to support the South Indian film industry.. Those who carry Indian culture.. Jaihind’ Many people are very happy with this meeting in Hyderabad. A user by the name of Ashok Jain wrote, ‘BJP’s flag will lehrage in Telangana. Next time BJP government is formed everywhere in the country and Telangana should also progress to new heights of development.

By the way, let us tell you that Jr NTR had campaigned for TDP during the 2009 general elections, but he always stays away from politics. He may have campaigned for the election but usually he was not seen even with TDP leaders.

Tarak is completely focused on his film career, but many people are looking at meeting Amit Shah with the upcoming elections. At the same time, it is being told that the Home Minister had liked RRR and found the performance of the lead star in the film very good and that is why he requested to meet him. It is being told that both of them also had dinner together.

If we talk about Taarak’s workfront, he is preparing for his next project NTR30 and NTR31 these days. He was last seen in SS Rajamouli’s magnum opus RRR.

Junior NTR has also joined hands for the project of KGF fame Prashant Neel. When the shoot of Prabhas starrer Salaar is over, Prashant will start shooting with Neel Taarak.

When asked about his bonding with Jr NTR during a recent interview, Prashant Neel had said, ‘I have been a fan of NTR for the last 15 to 20 years. We have met 10 to 15 times just before starting the script work, I wanted to understand them a little more and this is my process with all my actors.’ Fans are eagerly waiting for the collaboration of these two films.