‘Bigg Boss 16’ time changed, you will be able to watch the show early in the weekend 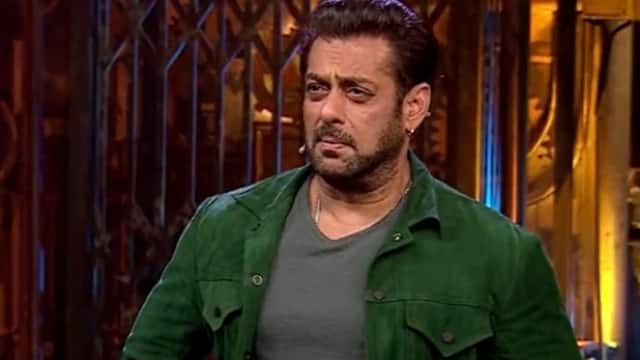 Salman Khan’s show ‘Bigg Boss 16’ is maintaining the highest ratings. Like every time, this season is also getting a lot of love from the audience. The show has been around for one and a half months and so far 4 contestants have been evicted. Last week, while giving good news, Salman Khan told that there will be no elimination.

‘Bigg Boss’ is the most watched show on TV. Especially in the weekend due to Salman Khan, its viewership increases further. Meanwhile, now there is news that the telecast time of the show has been changed on Saturday and Sunday. 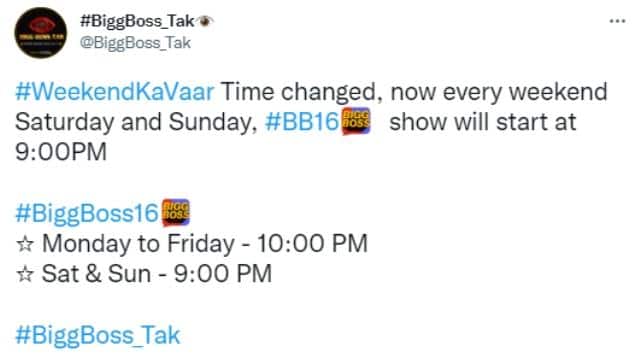 ‘Bigg Boss’ airs from Monday to Friday at 10 pm. Its time will remain the same but the time of Saturday and Sunday has been changed. Now the show will air at 9 instead of 9.30. In fact, earlier ‘Jhalak Dikhhla Jaa 10’ used to run till 9.30 pm, after which ‘Bigg Boss’ used to start. Sunday was the finale episode of Jhalak Dikhhla Jaa. In such a situation, the makers have also changed the timing of ‘Bigg Boss’.

Even in the earlier seasons of ‘Bigg Boss’, the telecast of the show on weekends was at 9 pm only. Apart from this, users on social media are demanding that the episode of Salman Khan be done on Saturday-Sunday instead of Friday-Saturday. This has been the case in earlier seasons but this time Salman brings Friday Ka Vaar and Saturday Ka Vaar while Shekhar Suman hosts a segment on Sundays.