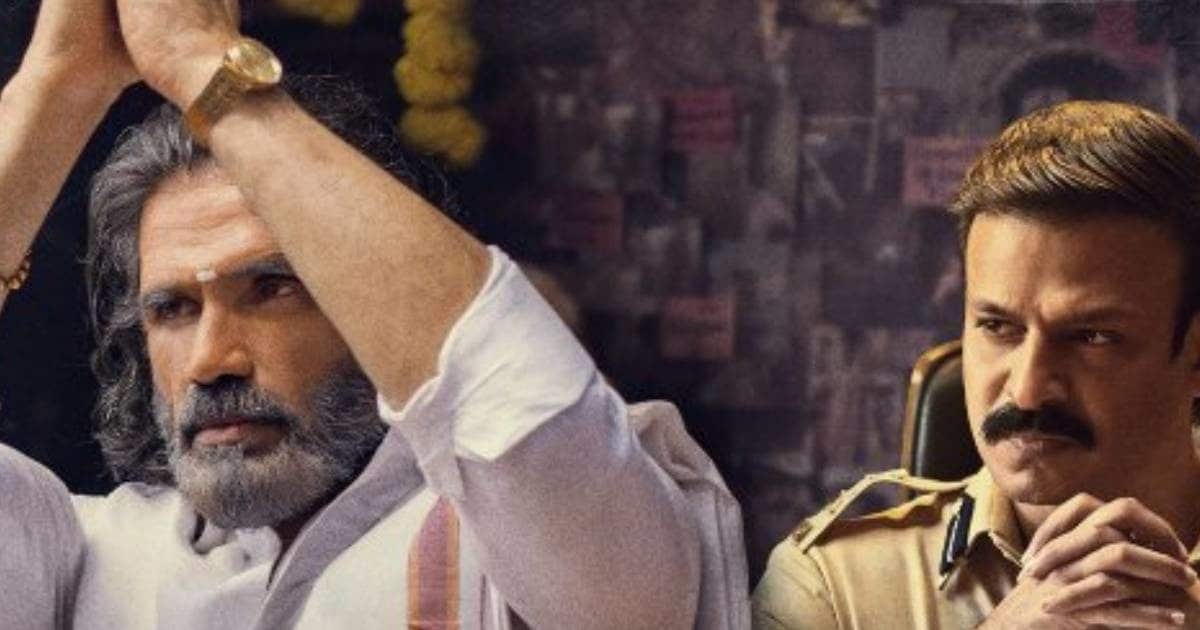 Dharavi Bank Trailer Released : Suniel Shetty debuts as a mighty mafia king Thalaivan on OTT with ‘Dharavi Bank’. At the same time, Vivek Oberoi has appeared as JCP Jayant Gavaskar, a tough cop. The teaser begins with an endless space of filthy streets, open sewers and cramped huts. A place that more than a million people call home, Dharavi is the deepest river to shelter a sea of ​​mysteries. ‘Dharavi Bank’ is one such power-packed story from the lanes of this chaotic maze.

The series is the story of the clash of two powerful opponents. All the episodes of this gripping thriller will be streamed on MX Player from 19th November. Suniel Shetty is making her digital debut with this show. He is in the role of Thalaivan in the show ‘Dharavi Bank’. At the same time, Vivek Oberoi is in the role of JCP Jayant Gavaskar to break his empire.

In the trailer, we get a glimpse of the nexus of a major crime that is flourishing within the walls of Dharavi. The police go out in search of a financial empire of 30 thousand crore rupees hidden in those 30 thousand streets of Dharavi and want to eliminate Thalaivan. It also depicts the fight for a family, honor, power and duty.

Sunil Shetty said about the character of Thalaivan in the series, “I believe respect should be earned and Thalaivan is the true form of how it is done. He is powerful and ruthless but considers the people living in Dharavi as his family. And Thalaivan has made the perfect digital debut for me. ,

These actors including Sonali Kulkarni in the series

- Advertisement -
Share
Facebook
Twitter
Pinterest
WhatsApp
Previous article
‘Dharavi Bank’ Web Series Teaser, Suniel Shetty and Vivek Oberoi will be face to face
Next article
Randeep Hooda’s crime drama ‘Cat’ will be released on this date, know what will be the story
- Advertisement -