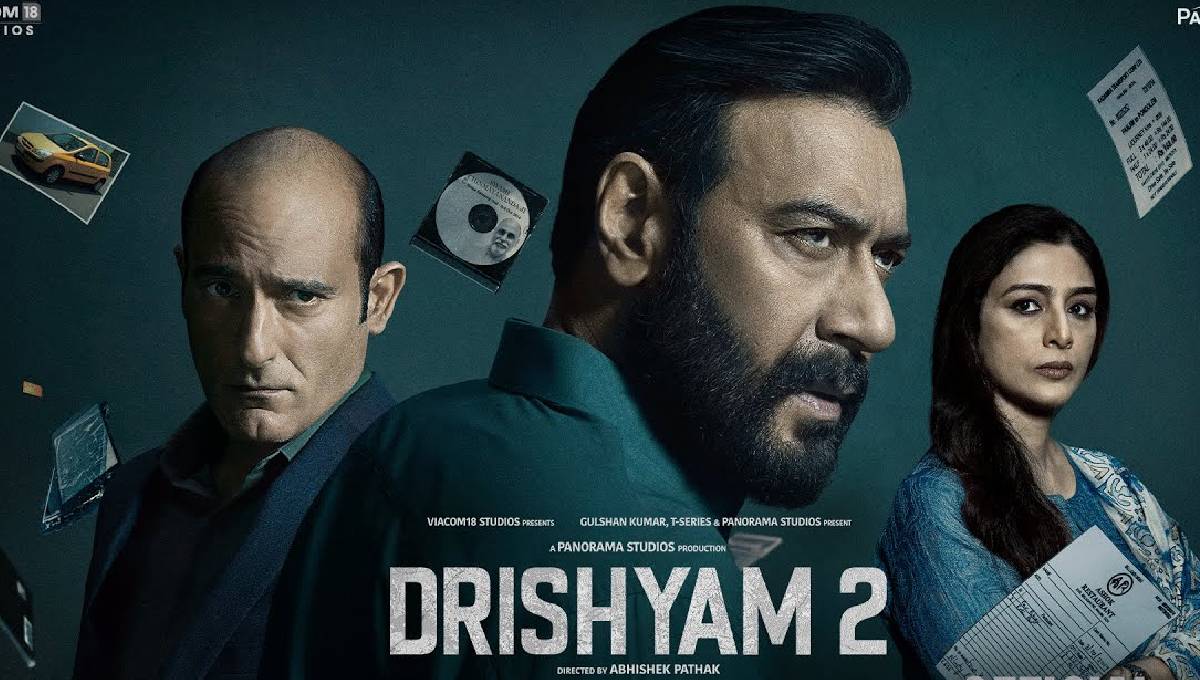 ‘Drishyam 2’ Box Office Collection : Even after Ayushmann Khurrana-Jaideep Ahlawat’s ‘An Action Hero’ hits the theaters this Friday, the Ajay Devgn-Tabu starrer continues to dominate the box office. Thanks to positive word of mouth, films keep attracting audiences to the theatres. Ajay Devgn’s film witnessed an extraordinary jump of almost 100 per cent this weekend. At the same time, it is expected that after Tuesday’s collection, the film will enter the 200 crore club.

As we mentioned, the film has been a steady earner and has emerged as a huge hit at the box office. On Monday, the 17th day, ‘Drishyam 2’ has completed the earning of Rs 186 crores. The box office collection of Ajay Devgn starrer film seems to be getting better gradually, it is also hitting the jump in the third week of its release.

‘Drishyam 2’ continues to break records and will soon cross the Rs 200 crore club. The film opened to Rs 15.38 crore at the box office on 18 November. After which it has been able to continuously attract the audience to the cinema halls. ‘Drishyam 2’ has become one of those films whose opening collection was less but later it gained momentum and reached 200 crores.

According to Box Office India, “Drishyam 2 clocks a stupendous third weekend, the highest ever for an original Hindi film, with only dubbed films ‘KGF 2’ and ‘RRR’ doing better collections this way. But’ ‘Drishyam 2’ is getting closer and closer to these big dubbed movies. Every day the movie is growing in terms of daily collections and may soon challenge RRR as well.”

Such is the story of the film

Drishyam, in which Vijay Salgaonkar (Ajay Devgn) managed to save his family from the police after an accident, the sequel brings a new twist with the case being reopened and Vijay’s confession. Tabu looks dangerous as (Meera Deshmukh) in ‘Drishyam 2’. Who has returned to take revenge from Vijay. Akshaye Khanna, Shriya Saran and Ishita Dutta also play important roles.

‘Drishyam 2’ has one of the best climaxes for a crime thriller in recent times. The film is a sequel to 2015 release Drishyam, which is a Hindi remake of the Mohanlal-starrer Malayalam film of the same name. The film also stars Mrinal Jadhav, Rajat Kapoor, Neha Joshi, Kamlesh Sawant and Yogesh Soman. The director of the film is Abhishek Pathak.