‘Ek Villain Returns’ Box office: The collection of Villain 2 on the 7th day 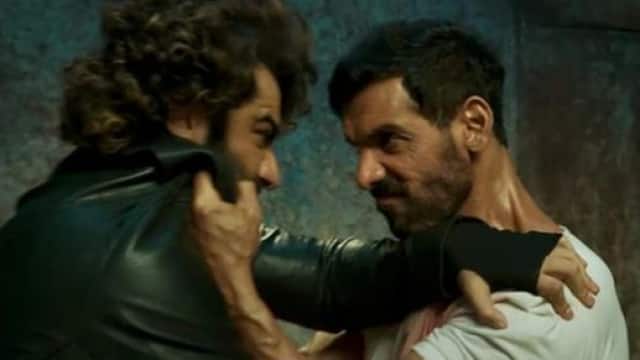 The box office figures of Mohit Suri directorial ‘Ek Villain Returns’ continue to decline. Starting with good numbers at the box office, the numbers of Ek Villain returns are continuously falling. What was the collection of Villain 2 at the domestic box office on the 7th day of its release? Let’s know.

No show now in theaters for Villain 2?

The reason for the poor performance of Villain 2 at the box office was not because the audience was not crazy about this film. The film got a good opening but failed to win the hearts of the audience. The multi-starrer cast of the film dragged the audience to the theatres, but the story of the headless legs spoiled the fun.

Now let’s talk about earnings, on the 7th day of the release of the film, the graph of earnings went to the lowest level. The film was reduced to just Rs 1.25-1.75 crore at the box office. Looking at the earnings figures, it can be guessed that the theaters for Villain 2 are now looking like ‘No Sh’.

Villain 2 has earned so many crores so far

If we compare the earnings of Villain 2’s release weekend with this week, then there was a 50 percent drop in these figures. With an opening of more than Rs 7 crore, the film’s earnings on Monday remained only 3 crores. The film earned Rs 1.25-1.75 crore on the seventh day of release. In this way, in 7 days, this film has been able to earn only Rs 31 crore.

Only the second week of earning is left for the film. Because in the third week, Aamir Kumar’s Lal Singh Chaddha and Akshay Kumar’s Rakshabandhan are going to release. Villain 2 is difficult to get shows in the third week. In this way, it is not wrong to say here that the lifetime collection of Villain 2 will be around 40 crores only. Know the earnings of Villain 2 till now

Arjun Kapoor and John Abraham’s film ‘Ek Villain Returns’ may have failed to do something special across the country but the film has got a positive response from the UK audience. Let us tell you that on the first weekend, the film ‘Ek Villain Returns’ has earned more than £130 thousand i.e. around 1 crore 26 lakhs at the UK box office. Apart from this, the film has also got a good audience on Monday.

According to the report of Boxofficeindia, the film earned around £30 thousand i.e. Rs 28-29 lakh at the UK box office on Monday. The film saw a 25 per cent drop in earnings on its fourth day of release in the UK. In this way, the film has collected more than £159 thousand i.e. 1 crore 55 lakhs in just four days.