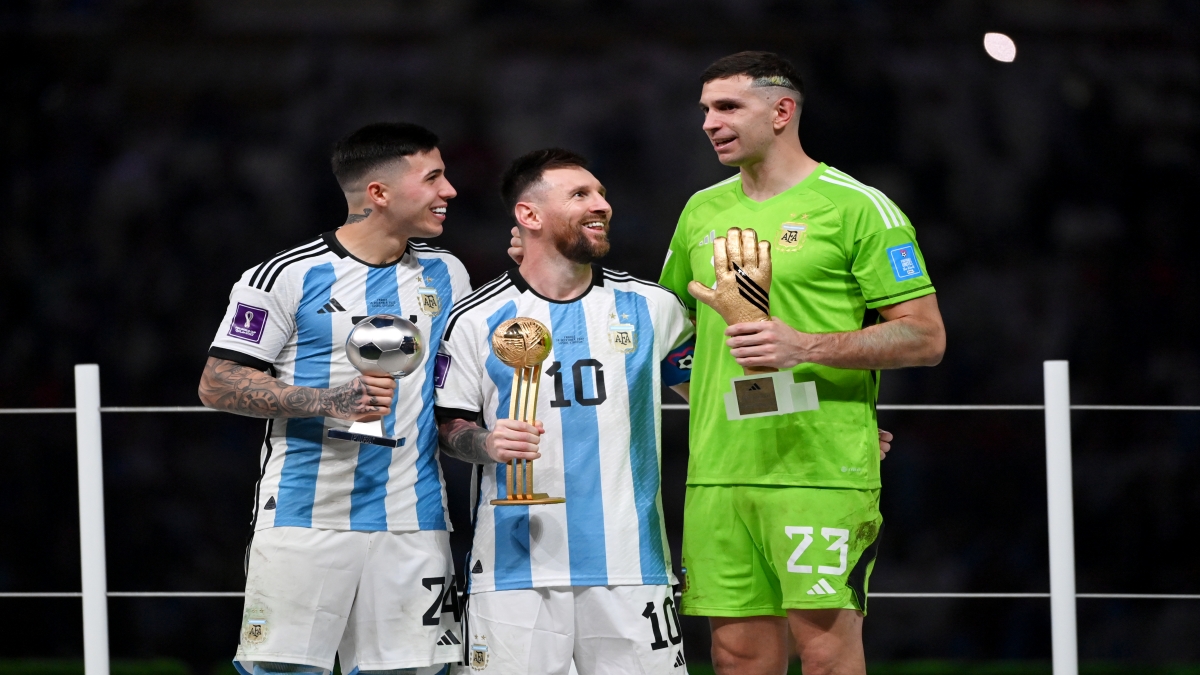 FIFA World Cup Final: Argentina won its third World Cup title by defeating France in the final of the FIFA World Cup 2022. The match went to penalties after the match was tied at 3-3. Here Argentina won 4-2. After the World Cup is over, all the awards were also given to the players, whose complete list you can see here.

This award is given to the player with the most goals.

Messi scored two goals in the final, but Mbappe became the first player in the history of the tournament to score a hat-trick in the final, and became the top goalscorer and Golden Boot winner.

The Golden Glove award is given to the best goalkeeper of the tournament. There have been some brilliant goalkeepers who have guided their teams to victory.

Yassin Bouno of Morocco, Dominik Livkovic of Croatia and Emiliano Martinez of Argentina were in the race for the title.

Argentina’s 30-year-old Emiliano Martinez was part of two penalty shootouts. First, he performed brilliantly against the Netherlands in the quarter-finals and then against France in the final. He played a key role in Argentina’s 4–2 win on penalties against France and won the award.

Players who were contenders to win the award were Lionel Messi, Kylian Mbappe and Yacine Bounou.

The Argentina captain was brilliant with his goals. He scored in a do-or-die group game against Mexico. The 35-year-old became Argentina’s leading goalscorer in all FIFA World Cups when he surpassed Gabriel Batistuta after scoring his 11th goal in the ongoing edition of the tournament.

By getting the Golden Ball, Messi became the first player in the world to receive the award twice.