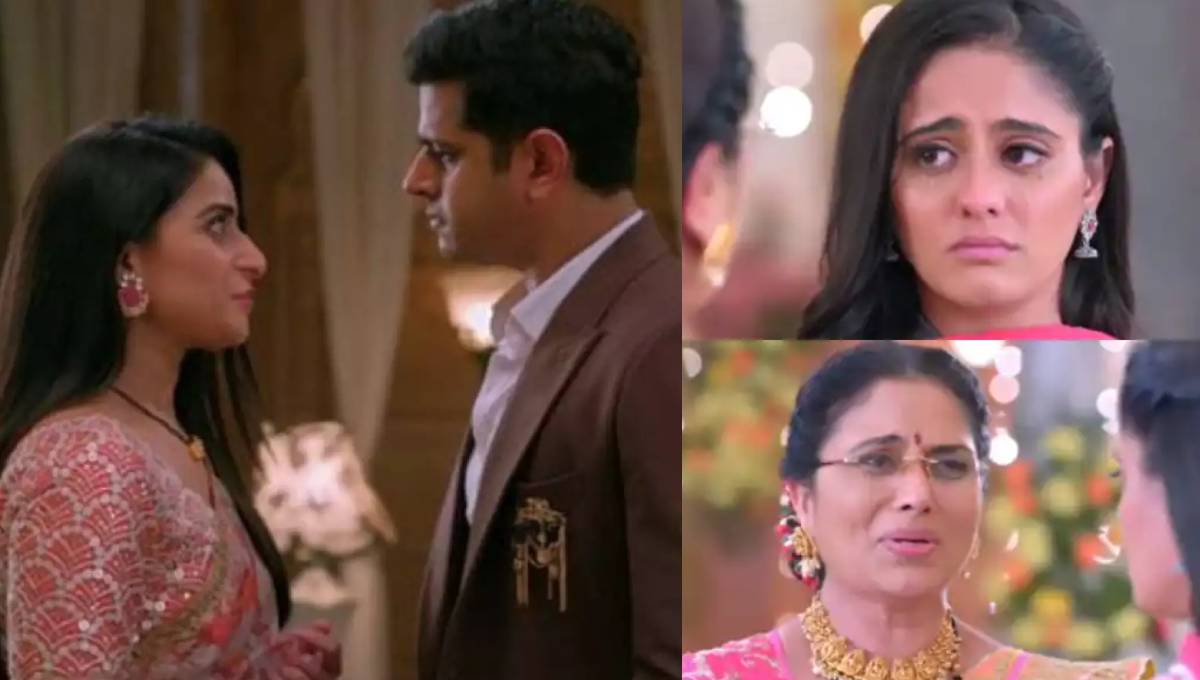 ‘Ghum Hai Kisikey Pyaar Meiin’ Upcoming Twist : In the serial ‘Gum Hai Kisi Ke Pyaar Mein’, which was at number 1 in the TRP list last week, now even more interesting story is going to unfold in the coming days. Because in the show, Pakhi is now making every effort to separate Virat and Sai. Because these days the story of the show seems to be going again on Sai and Virat’s love story. But the fans of this pair will probably have to wait a little longer. Because Patralekha i.e. Pakhi is going to play a trick.

Pakhi gets jealous of Sai

These days we are seeing that even after meeting after a long time Virat and Sai are meeting each other because of Savi, both of them are getting close even against their will. Because of this, Patralekha means Pakhi has again started burning and teasing Sai like before. So now she will use all her might to get Sai and Savi away from Virat.

Virat’s mother Ashwini now wants to stop Sai. She gifts the pendant to Sai, but Sai flatly refuses to accept it. In such a situation, Ashwini also cites mother-daughter love to Sai to convince her. But Ashwini’s one does not work in front of Sai’s stubbornness. Ashwini gets upset as the gift is rejected.

Gum Hai Kisi Ke Pyaar Mein will further show that Patralekha will not like the respect she gets after Sai’s return and the love for Savi that is in the hearts of the entire family. She will once again come back in her old form. She would go into the room in anger and start breaking things. Virat will sense Patralekha’s jealousy and will try to pacify her.

There will be a fight regarding Savi’s admission

In such a situation, Virat is now thinking of getting Savi’s admission. But Pakhi will put her mind to this matter as well. She will ask Virat not to get Savi’s admission in Vinayak’s school. She will say that if this happens then people will make fun of Veenu that his father has two wives each. On hearing this, Virat will be furious and will say, “Actually the problem is not with Veenu but with you.”

Pakhi will send Sai and Savi away

The most dangerous twist in the show is that Pakhi, who failed to convince Virat, will now invite Sai to meet her at the cafe. She will ask Pakhi to take Savi back to Kankavli. But just then Virat comes there, seeing whom the ground slips under Pakhi’s feet. But what Pakhi probably doesn’t know is that Virat overhears Pakhi asking Sai to move away from Nagpur.

- Advertisement -
Share
Facebook
Twitter
Pinterest
WhatsApp
Previous article
‘Anupamaa’ TV Show: This actor’s entry is going to happen in ‘Anupamaa’
Next article
Bigg Boss 16: These 5 contestants including Sumbul got nominated, one will have to go out
- Advertisement -