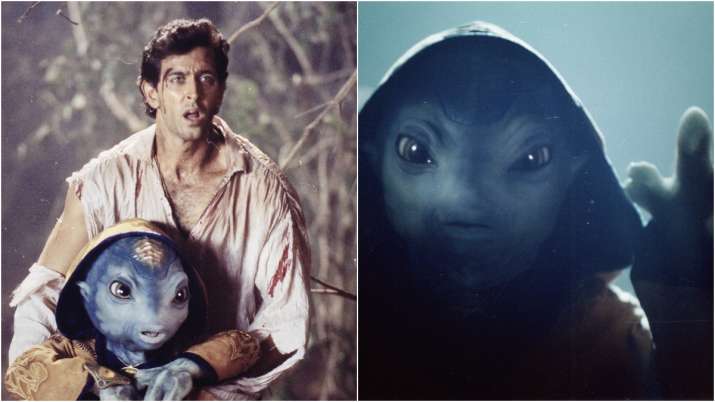 Bollywood actor Hrithik Roshan on Sunday wished the film’s iconic character “Jadu” a happy birthday by sharing a social media post on the completion of 18 years of his National Award-winning film “Koi… Mil Gaya”. Hrithik took to his Instagram to share two pictures from the 2003 film, which is considered a milestone in the genre. The film shows Hrithik rescuing his alien friend, who bestows magical powers on Hrithik Roshan’s character Rohit Mehra.

Sharing the picture, the War actor wrote in the caption, “18 years of Koi Mil Gaya.”

Let us tell you that ‘Koi… Mil Gaya’ was a science fiction film released in 2003, directed and produced by Rakesh Roshan. It stars Hrithik Roshan and Preity Zinta in lead roles, with Rekha in a supporting role. The film had Rakesh Roshan in a cameo role. Apart from writing the story, Rakesh Roshan has also written the screenplay along with Sachin Bhowmik, Honey Irani and Robin Bhatt. ‘Koi… Mil Gaya’ centers on Rohit (Hrithik Roshan), an intellectually challenged boy, who comes into contact with an alien and performs miracles in the scientific field.

The film follows Rohit’s relationship with his friend Nisha (Zinta), who falls in love with him. Indravadan Purohit played the role of magic in this film. Unfortunately Purohit passed away on September 28, 2014.

Released in 2003, three National Award winning films were followed by their sequels ‘Krrish’ and ‘Krrish 3’. On Hrithik Roshan’s work front, the actor will next be seen in ‘Fighter’ opposite superstar Deepika Padukone, while the buzz is strong for ‘Krrish 4’ as well.