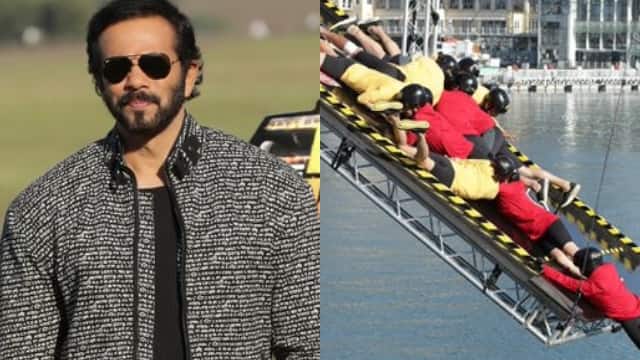 In the episode aired on Saturday of ‘Khatron Ke Khiladi 12’, Rohit Shetty came up with a different stunt this time. This week is ‘Teams Week’. The contestant had to play for the team, which would benefit his entire team.

Rohit Shetty said that this is the first time in the entire season so far that stunts are being done to choose the captain. All the 10 contestants were divided into red and yellow teams and all had to perform stunts together. Along with this, the captain who will be made will also be safe from elimination.

Who became the captain

Mohit Malik and Tusshar Kalia stay at the end of the stunt. In the end Mohit too falls into the water and Tushar escapes safely. Mohit is from the Red team while Tushar is from the Yellow team. In this way Mohit and Tusshar are chosen as the captains of their respective teams. Because of Tushar not falling in the water, his team gets 10 points.

The captain was also given the right to choose who he would send to perform the next stunt. Next was the current stunt. Mohit sent Mr. Faizu, Jannat Zubair and Kanika Mann from his team to perform the stunts. Tusshar chose Nishant Bhatt, Sriti Jha and Chetna Pandey from his team. This stunt was won by Mohit’s team.

‘Anupamaa’: After reaching Kapadia House, Baa made a big...

‘Anupamaa’ Twist: On one hand Kinjal’s child’s life and...