‘Maja Ma’ Trailer: Madhuri Dixit Is Back, What Is The Suspense Of The Perfect Gujarati Maa 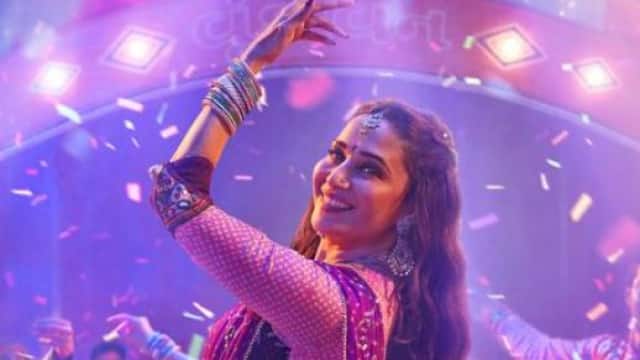 Maja Ma Trailer :The trailer of Madhuri Dixit’s upcoming film ‘Maja Ma’ has been released. Seeing the character of Madhuri Dixit in this trailer, once again a glimpse of her strong onscreen presence is being seen. In the trailer, Madhuri is seen becoming an important part of the story of a middle class family. The emotional and comedy drama of the family is entertaining in the trailer.

Perfect Mom Madhuri’s Comedy Family
The trailer begins with Rithvik Bhowmik’s character introducing his family to the audience. Everyone is a little weird in this family introduction except his ‘perfect’ mom, Madhuri. This strange character is the comic character of this family. In the trailer, the story of the film is related to a middle class family whose son’s relationship is going to join a powerful family. But there is something related to the past of Madhuri’s character which is coming in the way of this marriage.

Madhuri can be seen as a mother of two, handling the balance and troubles of the family very well. The character of Pallavi Patel portrays Madhuri as a dance trainer by profession, who one day also thinks of finding her true existence beyond the family.

Screen presence of Gajraj rao
Actor Gajraj Rao is playing the role of Madhuri’s husband in the trailer of this film. Gajrao’s character is shown to be quite comic. There are many such dialogues about speaking wrong English which force you to laugh. Madhuri’s pairing with Gajraj will be seen by the audience for the first time. The onscreen chemistry of both of them looks fine in the trailer.

This family drama film is directed by Anand Tiwari. Apart from Madhuri, Barkha Singh, Srishti Srivastava, Rajit Kapoor, Simone Singh, Sheeba Chadha, Malhar Thakar and Ninad Kamat are also seen in important roles in the film. This trailer is getting a lot of love from the fans.

Especially Madhuri’s fans are praising her payment very much. Madhuri has also played the role of a dance trainer. A fan wrote of him, ‘I can’t express how great it is to see him on-screen and that too while playing such different challenging roles.’ Another wrote, ‘Great star cast.’ Fans are looking very excited to see Madhuri again on the big screen. Let us tell you that Maaja Ma will stream on Prime Video from October 6.

- Advertisement -
Share
Facebook
Twitter
Pinterest
WhatsApp
Previous article‘Doctor G’ Trailer Out: Ortho or Gayanek, Ayushmann Khurrana’s confusion will get you a lot of comedy
Next article‘Chup’ OTT Release : Know when and where you will be able to watch the film on OTT
- Advertisement -