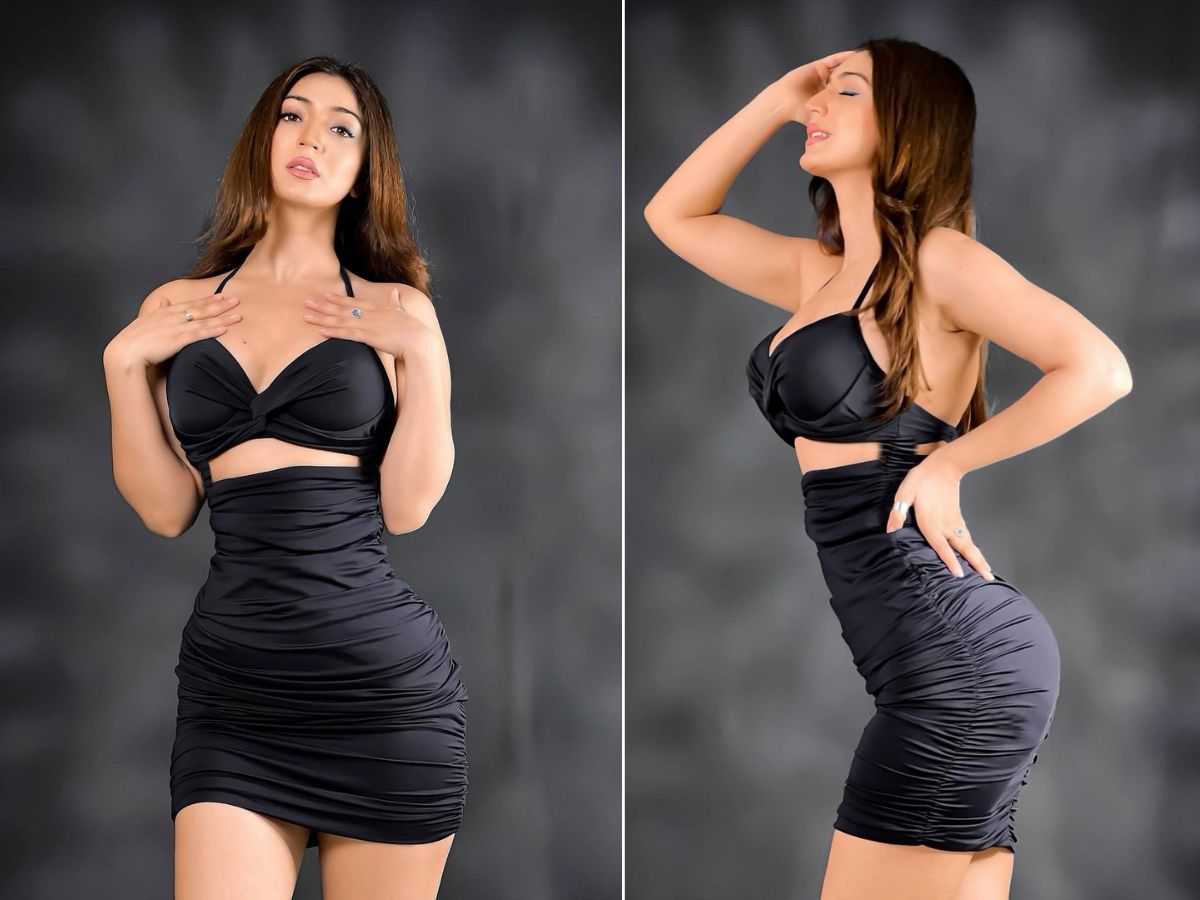 Actress Priyanka Khera, who worked with Pawan Singh in the Sad Music Video ‘Yaad Aati Nahi’, shared the latest photoshoot on her Instagram account, in which she was seen in a black outfit. May go.

In this, she is posing fiercely and social media users are blown away by her amazing beauty.

While sharing the pictures on Instagram, Priyanka Khera wrote, ‘Just be yourself, there is no one better’. In the photos surfaced on social media, it can be seen that Priyanka Khera is showing her sizzling performances, seeing which the users are stunned.

In the pictures, Priyanka is flaunting her amazing figure. It is becoming very difficult to take my eyes off her pictures. People are commenting a lot in praise of their favorite heroine. One user wrote, ‘Keep inspiring. Keep smiling’. The other wrote, ‘Heaven’s Apsara ho yaar aap’.

The third wrote, ‘Killer look’. The fourth wrote, ‘Tell me how such a figure will be made’. Along with this, another user wrote, ‘You should be banned for wearing black. Because you look very hot’. Photos of the actress have got more than 28 thousand likes.

Let us tell you that Priyanka Khera got limelight by becoming her cheating girlfriend in Pawan Singh’s song ‘Yaad Aati Nahi’. Apart from being an actress, she is a model, lipsync artist, influencer and dancer. Priyanka is mainly associated with TV.

Priyanka Khera is very active on social media and does not leave a single opportunity to get the attention of fans. After working with Pawan Singh, her fan following has increased.