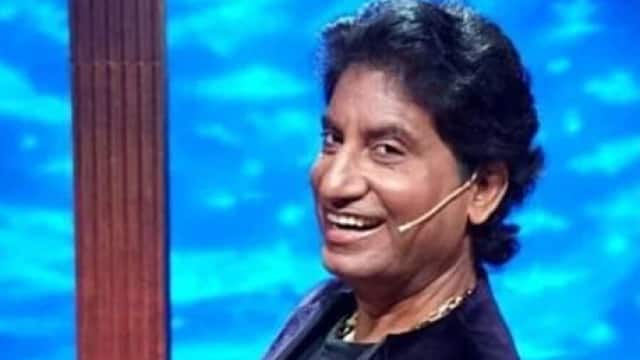 The latest update has come regarding the health of Raju Srivastava, who is admitted to AIIMS Hospital in Delhi. Shekhar Suman has informed about the comedian’s health condition through a tweet. Let us tell you that Raju Srivastava was admitted to the hospital due to a heart attack in the past.

The fans and close ones of Raju Srivastava are constantly praying for his well being. Perhaps it is the effect of these prayers due to which there are reports of improvement in the condition of this promising artist. Shortly before, his dear friend Shekhar Suman made a tweet from the family of Raju Srivastava with his health update.

Shekhar on Sunday tweeted, “As per Raju’s family members today’s update is that his organs are functioning normally. Although he is still unconscious, the doctor says that his condition is improving steadily. Mahadev’s grace Everywhere Shiva.”

On Friday, Raju’s brother Deepu Srivastava had also said in a video message that the comedian is recovering under the supervision of the best team of medical professionals at the hospital. He urged people not to pay heed to rumours and requested them to keep on wishing for his brother’s well being. He said, ‘He is a fighter and will soon come back after winning the fight and entertain everyone with his comedy.’

He further said, ‘I request you to please do not spread rumours. It affects our morale. We don’t want negative energy, we want positivity. Please pray for his speedy recovery and he will be back soon. Doctor is giving his best and Raju ji is supporting him, he is fighting. So please don’t spread negativity.

Let us tell you that Raju Srivastava has been admitted in the hospital since August 10. Let us tell you that 58-year-old Raju complained of chest pain while exercising in the gym. He suffered a heart attack and was taken to AIIMS, Delhi. He underwent angioplasty the same day and has been on ventilator since then.

- Advertisement -
Share
Facebook
Twitter
Pinterest
WhatsApp
Previous articleTaapsee Pannu gave a befitting reply to KRK, said- ‘How stupid are these people’
Next articleViral Video: Hina Khan made a Reel with her makeup man and slaps him
- Advertisement -