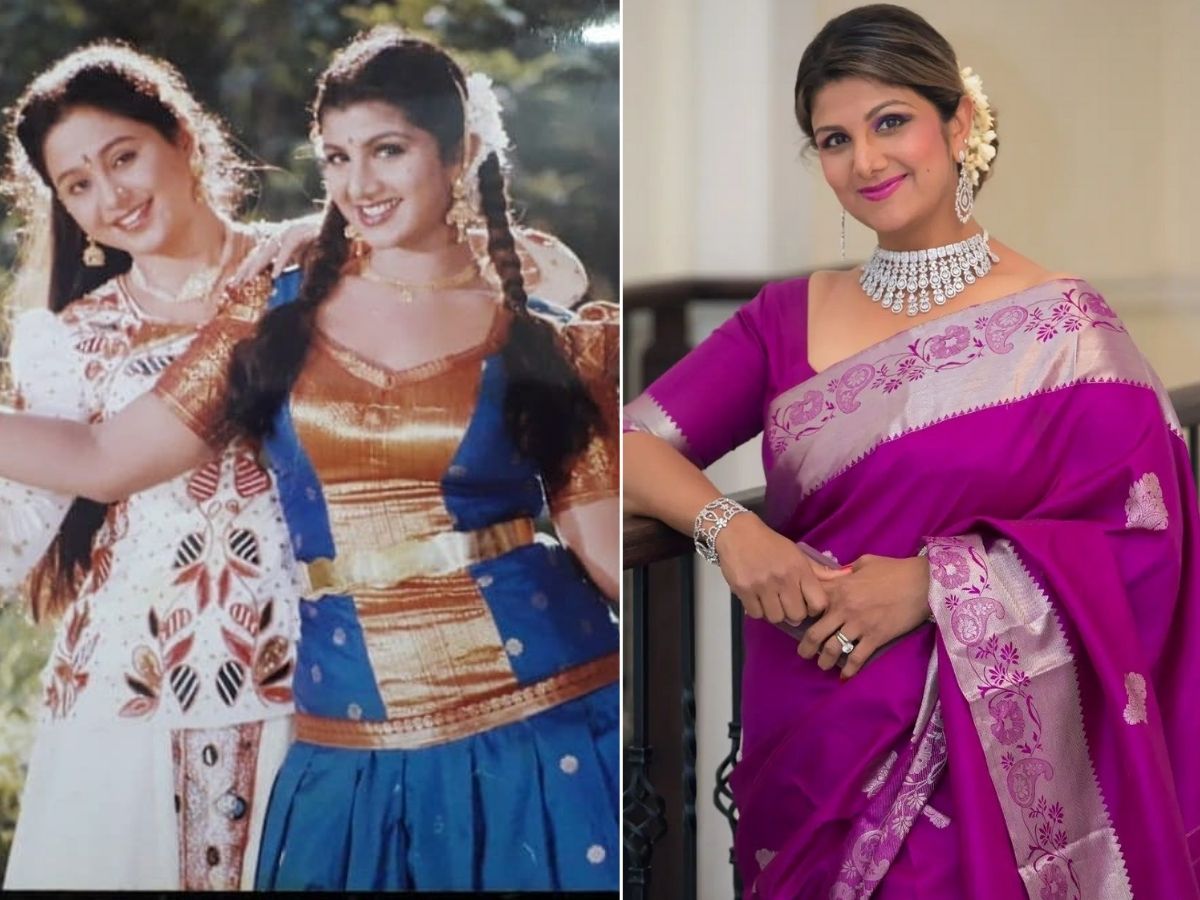 Actress Rambha in Bhojpuri made a special identity in the hearts of the audience in Bollywood with Salman Khan’s film ‘Judwaa’. All these things are being done about her on the occasion of his birthday (Rambha Birthday). Celebrating her 46th birthday on June 5. Before Bollywood, she has been very active in South Cinema. In such a situation, on the occasion of his birthday, we are showing you his transformation as well as telling about his career. Let’s know…

Born on June 5, 1976 in Vijayawada, Andhra Pradesh, Rambha’s real name is Vijayalakshmi. She started her career with the 1992 Telugu film ‘Aa Oktti Adakku’. The actress, who has worked in 17 Bollywood and more than 100 South films, now stays away from limelight and is focusing on raising children away from the world of glamor.

Rambha started her career in films at an early age. She was 16 years old when she did her first film. She left her studies and entered Bollywood in 1995 with the film ‘Jallad’. In her career, she worked with superstars like Anil Kapoor, Rajinikanth, Salman Khan, Ajay Devgan, Mithun Chakraborty and Govinda.

Apart from this, actress has worked with stars like Ravi Kishan in Bhojpuri. Rambha’s last Malayalam film came in 2011, which was named ‘Filmstar’. At the same time, in Bhojpuri, she was last seen in ‘Ram Balram’, in which Ravi Kishan was in the lead role with him.

When Rambha’s career was at the peak, she took the hand of businessman Indra Kumar Padmanathan and got married in Tirumala. They were married in 2010. Rambha now has three children, in whose upbringing the actress spends all her time.

Rambha is very active on Instagram. She keeps sharing posts related to herself. She has more than three lakh followers on Insta. Cute pictures of his family can be seen. Also his pictures, in which it is very difficult to guess his age. She still looks the same today. (Photos- Rambha Instagram)