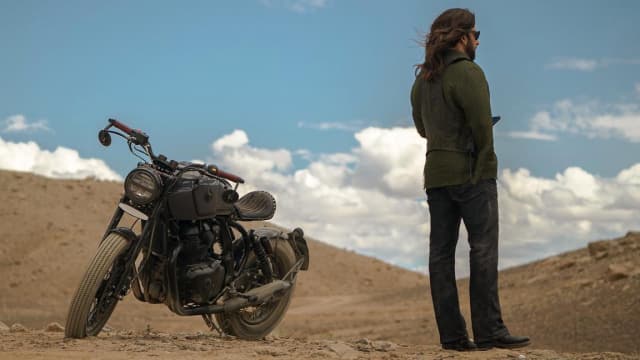 Bollywood actor Salman Khan often remains in the discussion. Recently, where he was in a lot of news about Tiger 3, in the meantime now he is making headlines for his upcoming film Bhaijaan. Salman Khan has shared a picture from the shooting sets of the film Bhaijaan, in which his new look is being liked by the fans. Salman Khan’s swag is also being seen in the picture and the photo is becoming increasingly viral on social media.

Let us tell you that this picture of Salman Khan has started going viral on social media. Fans are liking it a lot and are reacting fast. There are many such comments on Salman Khan’s post, where fans are praising his look a lot. Social media users are finding this look of Salman quite stylish and different. At the same time, some have commented that this film will break all records at the box office. Many celebs have also reacted to this post.

Will shoot for 4 days in Ladakh

According to the report, Salman Khan and Pooja Hegde will shoot at different locations of Leh-Ladakh for the next 4 days. After this Salman will come back to Mumbai and shoot some action sequences. The shooting is expected to be over by October. As far as only the action sequence is concerned, it will be finished within a month. That is, this picture of Salman Khan has been clicked between the shoot of a romantic song.

On the other hand, if we talk about Salman Khan, then his box office record is also very strong. In the club of 300 crores, only 4 films belong to Salman Khan, although his recent release last and before that Radhe did not show anything special.

On the other hand, if we talk about Salman Khan, the account of ‘Dabangg’ Khan’s upcoming films includes the sequel of Kick 2, Bhaijaan, and No Entry. At the same time, according to media reports, Salman Khan will also have a cameo in Shahrukh Khan’s Pathan. Remind that everyone has high expectations from Tiger 3 and it is being said that this film will set new records.