Suriya Birthday Spl: From working in a textile factory to winning a National Award, know the special things of Suriya 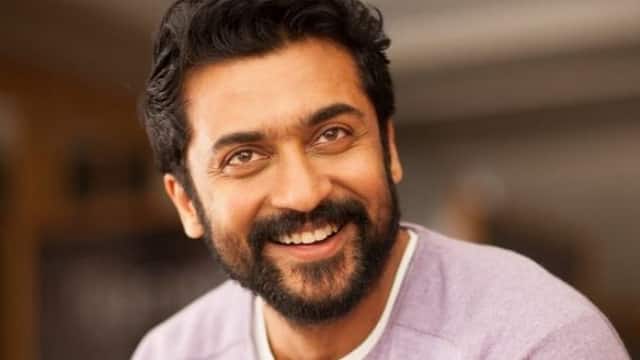 For actor Suriya, who celebrates his birthday on July 23, hardly any birthday has been so special before. With Suriya getting the title of Best Actor on the previous day, social media users started celebrating his birthday. Suriya’s fans said that the National Film Award for Best Actor for Soorarai Pottru is like a return gift for them. Suriya is known for his best films as well as his lifestyle. On the special occasion of his birthday, let us tell you some special things related to Jai Bhim actor Suriya.

Surya used to work in the factory

Well-known actor of Tamil films, Suriya has now become a global actor. His films are now talked about not only in the country but also abroad. Suriya was born in 1975, and made her debut in 1997 with the film Nerrukku Ner. Surya’s real name is Saravanan Shivakumar. It is said that before his acting debut, Suriya used to work in a garment factory and did not tell anyone that he was the son of veteran actor Shivakumar. However, when the truth came out, he left the job himself.

Watch these best movies of Suriya on OTT

Actor Suriya, who has worked in about 50 films, has many hits in his account, but some of his films are such that you must watch as a cine lover. Some of his films were remade in Hindi and some films were liked globally. See below, the names of six of Suriya’s best films and their OTT platforms…

Talking about actor Surya’s personal life, he was tied in marriage with actress Jyothika in the year 2006. It is said that before this both were dating each other. Surya and Jyothika are parents to two children. It is said that Suriya’s name is now included in the highest paid celebs of Tamil cinema.

According to reports, Suriya charges around Rs 25-30 crore for a film. At the same time, production house 2D Entertainment, TV hosting and other brand endorsements are also included in Suriya’s income source. On the one hand, Surya has a collection of luxury cars which include Jaguar XF, Audi A7, Mercedes Benz ML Class and Audi Q7 etc. Surya’s net worth is also said to be more than 250 crores.

Significantly, so far Suriya has not appeared in Bollywood films, but he has a strong Bollywood connection. Actually, Bollywood has been doing remakes of Suriya’s films for a long time. From Singham to Ghajini, which were remade in Hindi with the same names, Ajay Devgn and Aamir Khan garnered a lot of accolades.

At the same time, the Bollywood film ‘Yuva’ is a remake of the film ‘Ayatha Eluthu’. Not only this, John Abraham’s film ‘Force’ is also a remake of Suriya’s ‘Kaka Kaka’. Along with this, let us tell you that a Hindi remake of Suriya’s film ‘Soorarai Potru’ is also being made, in which Akshay Kumar will be seen. Suriya also has a cameo in this film.

Meena’s first post after the death of her husband,...

Actor Vishal is seriously injured, Accident in the fight...