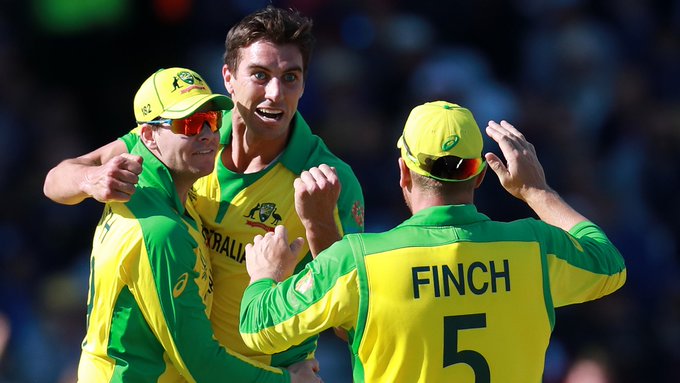 Australia’s squad for the T20 World Cup 2021 to be held in Oman and UAE has been revealed. The selectors have got the team’s star players back in the team. Aaron Finch has been named the captain of the team, although he is recovering from his knee surgery.

Pat Cummins, David Warner, Marcus Stoinis, Glenn Maxwell and Kane Richardson have now made it to the squad after missing out on the series against West Indies and Bangladesh.

The selectors have also included uncapped player Josh Inglis in the team. Josh is a wicket-keeper batsman. He has been named in place of Alex Carey. Carey recently took charge of his team in the ODI series against Bangladesh.

Inglis was the highest run-scorer in the Vitality T20 Blast in England. “We have some of the best players in the world in different roles, their experience can make us the best team in T20,” said selectors chairman George Bailey.

Australia have named their #T20WorldCup squad 👇

He added, “Josh was in our eyes for a long time. His performance in the limited overs is excellent, especially because of the vitality blast he has got a chance. He was the number-1 batsman in that. They can give a balance to the team. He has adaptability, counterattacks and power striking abilities. Players whose future we look forward to.”

Apart from Ashton Agar and Adam Zampa, Australia has selected leg-spinner Mitchell Sweepson as the third spinner. He did well against West Indies and Bangladesh.

Bailey said, “As much as Mitchell got the opportunity, he proved himself responsible and showed the best game. UAE pitches are good for slow bowling and we hope they take advantage of that and prove themselves to be good leg-spin options.”

Nathan Ellis, along with all-rounders Dan Christian and Daniel Sams, who took a hat-trick in their match against Bangladesh, have been kept in reserve. These three players will travel with the squad. Australia, who have never won a T20 World Cup, will begin their campaign against South Africa on 23 October.

- Advertisement -
Share
Facebook
Twitter
Pinterest
WhatsApp
Previous article
ICC keeps an eye on Afghanistan cricket team, situation is not clear on participating in World Cup
Next article
IND VS ENG: Team India has won only one test match, if 3 shortcomings are not rectified, then the series will not be able to win
- Advertisement -