Taliban rule: Many strict restrictions imposed on women, there was a different dress code for non-Muslims 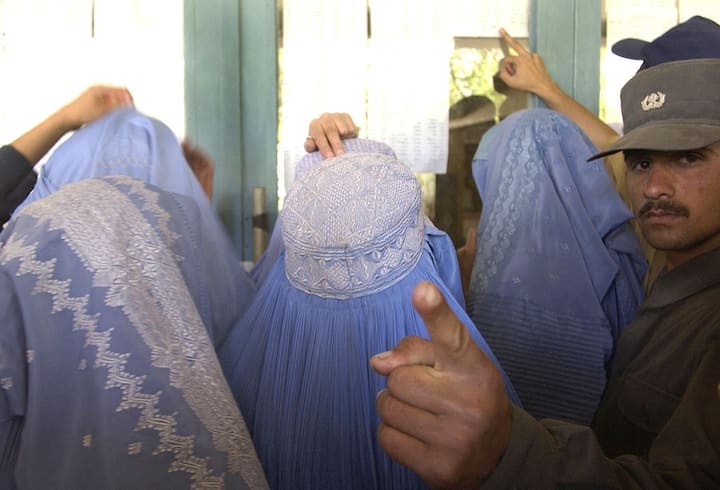 New Delhi: In Afghanistan, the Taliban have promised to bring a new era of peace in the country, but Afghans are not convinced and fear the return of the Taliban’s old barbaric rule in their hearts. Those who remember Taliban rule and those who have lived in Taliban-held areas are aware of the fear of Taliban. Government offices, shops, schools, etc. are still closed in areas where the Taliban have recently occupied, and civilians are in hiding or on their way to the capital, Kabul. Know how Sharia law was applicable in Afghanistan 20 years ago during the Taliban era.

The country is beginning to hear the return of the Taliban’s hardline Sharia regime, under which the people of the country spent the time from 1996 to 2001. After the 9/11 attacks, the US ended the Taliban regime in Afghanistan. Many fear that the Taliban regime will lead to the end of freedom for women and ethnic minorities, and that journalists and non-governmental organizations will be banned from working.

During the brutal 1996–2001 Taliban regime, women were continually subjected to human rights violations, denied employment and education, forced to wear the burqa and left their homes without a male “guardian” or mahram. Ban was imposed.

There are many sects in the Sunnis, in which mainly four imams are very important, among them Imam Abu Hanifa, Imam Malik, Imam Shafi and Imam Ahmad bin Hambal. The Sunnis of Afghanistan are followers of Imam Abu Hanifa and even during the era of Taliban, the fiqh (Shariah Law) of Imam Abu Hanifa was applicable.

According to this law, the head of the country could only be a Muslim man, not a woman. Women were prohibited from going out and working alone and they were required to wear a burqa. If needed, women could go out only with their mahram, who could not be married, such as father, brother, uncle, maternal uncle, uncle, grandfather, maternal grandfather. During that time there was a ban on the education of women. Education was allowed only till the age of 8 years. There was a ban on wearing high heel shoes for women. Also, there was a ban on working of male doctors in hospitals.

Let us tell you that the Taliban have assured people that those working for the government and security forces will not be taken retaliatory action and life, property and honor will be protected. They are also appealing to the citizens of the country not to leave the country, but the recent actions of the Taliban paint a different picture.