#Tatastory: When the British did not give entry to Indians in their hotel, in the guise of revenge, Tata Group set up Hotel TAJ 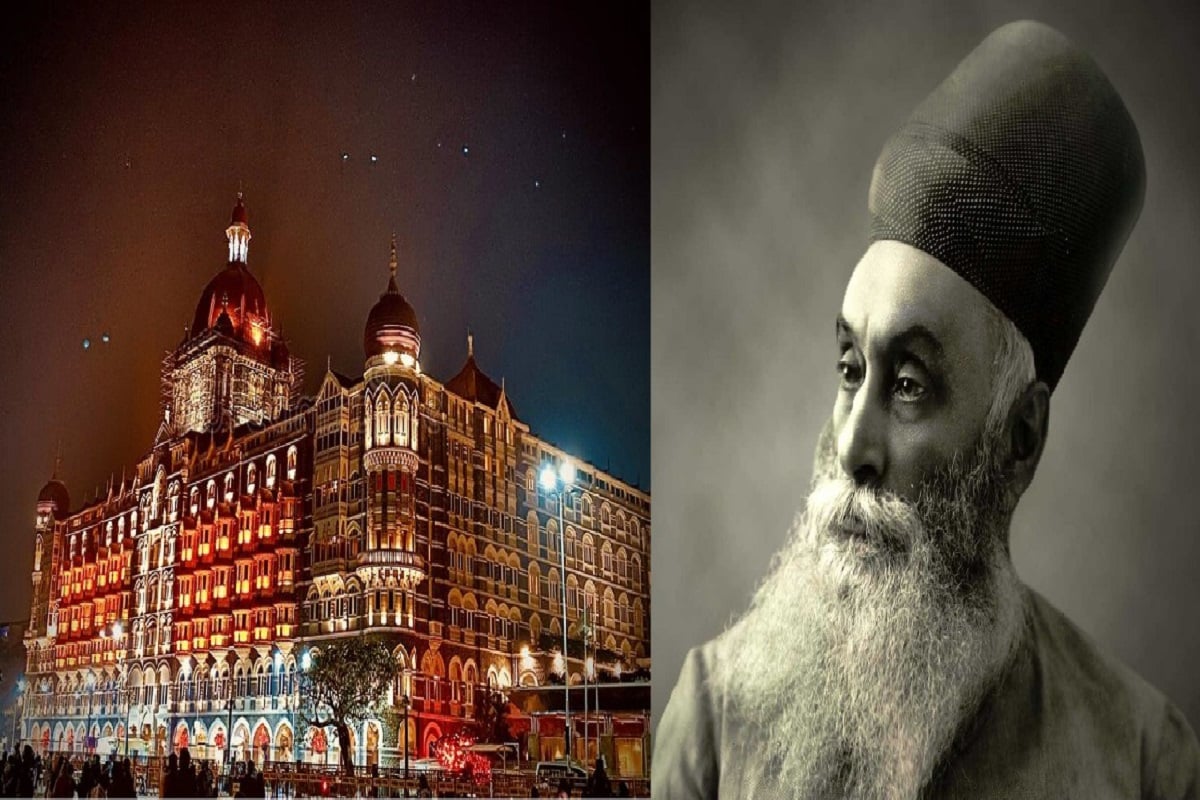 New Delhi. Hotel Taj (TAJ) in which it is everyone’s dream to stay, eat. The beauty of the Taj Mahal Hotel in Mumbai is discussed all over the world. This hotel situated on the shore of the sea is the pride of Mumbai, to see which tourists come from far and wide. Those who have experienced the hospitality of Taj Hotel always recommend to visit it at least once. After all, it is one of the most luxurious hotels in the world offered by the Indian Hotels Company (IHCL), the largest hospitality company in South Asia.

Recently, the quality and hospitality of Taj Hotels has been recognized internationally, as Taj has been ranked as the strongest hotel brand in the world by Brand Finance. But most of us did not know the real reason behind the foundation of India’s iconic hotel.

Let us know how the foundation of this Indian hotel was laid, there is a very interesting and inspiring story behind it…

The story of revenge is “Hotel Taj”
It is said that Jamsetji Tata (JRD Tata) laid the foundation of this hotel. In fact, what happened was that once in British times, he was refused entry into the most opulent hotels there. He was told that it was limited to ‘white’ only. That is, only the British used to enter. Jamsetji Tata considered it an insult to the entire Indians and then decided that he would build a hotel where not only Indians but also foreigners could stay without any restrictions. It was only after this that he laid the foundation of the luxury hotel Taj and thus India’s first super-luxury hotel came into existence. Presently Taj is the center of attraction all over the world.

The Taj was built in the 20th century
The Taj Mahal Palace, situated on the banks of the sea, is like a diamond for Mumbai. Which enhances the beauty of this city. The foundation of the Taj was laid by Jamsetji Tata, the founder of the Tata Group, in 1898. The hotel opened its doors to guests for the first time on December 16, 1902, even before the Gateway of India was laid on March 31, 1911. The Taj Mahal Palace was the first building in Bombay to be lit with electricity. The hotel is made up of two separate buildings: the Taj Mahal Palace and the Tower, which are historically and architecturally distinct from each other. The Taj Mahal Palace was built in the early twentieth century, while the tower was opened in 1973. Witnesses made from World War I to Mumbai Attack
The hotel has a long and distinguished history, with many notable guests ranging from presidents to captains of industry and stars of show business. Ratanbai Petit, the second wife of Pakistan’s founder Muhammad Ali Jinnah, lived in the hotel during her last days in 1929. During World War I, the hotel was converted into a military hospital with 600 beds. It is considered one of the best hotels in the East since the time of the British Raj. The hotel was one of the main sites targeted in the 2008 Mumbai attacks.