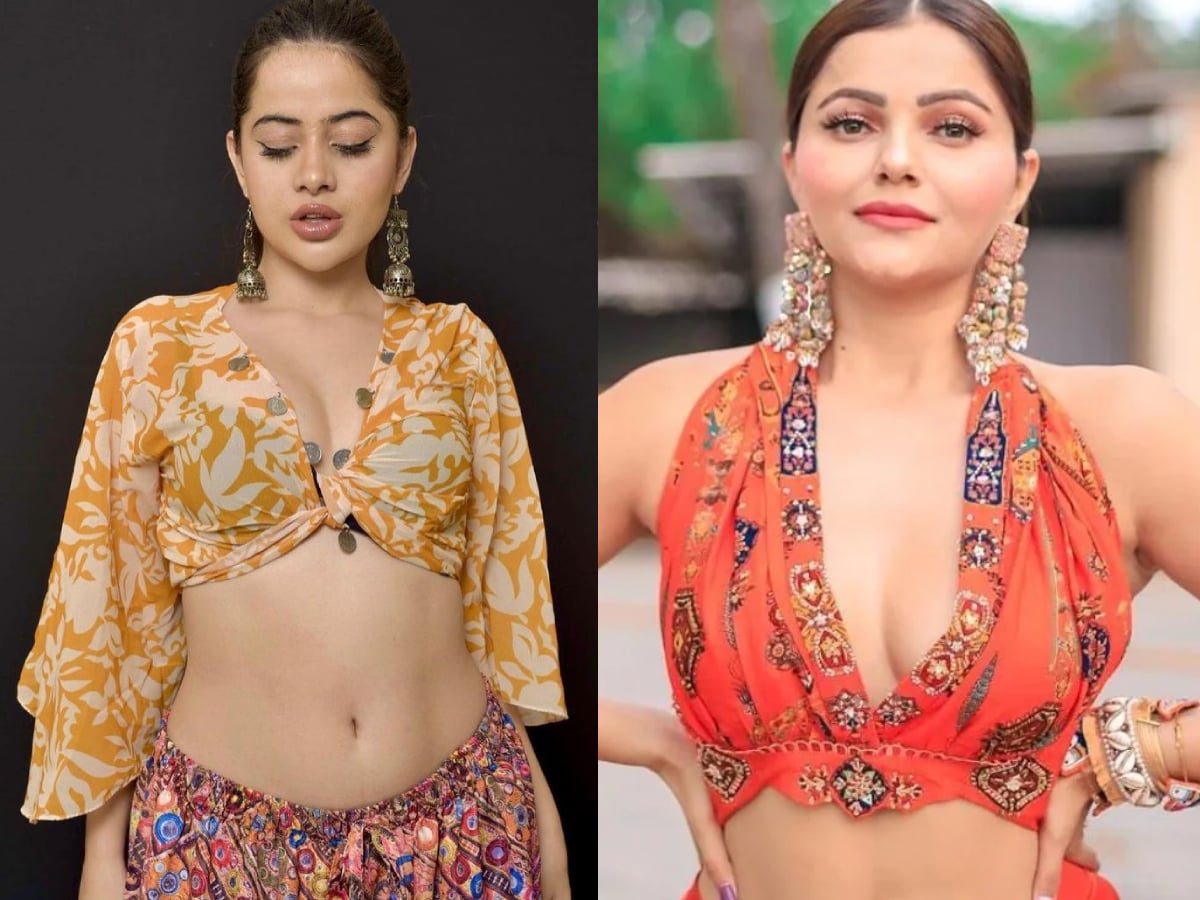 Top 5 Viral Vidoes Of Entertainment : If we talk about Urfi Javed, then her dressing sense will and should be discussed first, because Urfi has proved that not only by acting… but also through glamor one can stay in limelight. Once again the same thing is being discussed. Actually, Urfi has shared a latest video of her on her Instagram account, in which she is seen hanging her body threads.

Urfi is getting trolled on social media because of this video of her. Commenting on Urfi’s video, a user wrote, ‘Still behind Ranveer Singh’. Let me tell you, these days Ranveer Singh is also in the headlines due to his nude photoshoot. At the same time, another user wrote, ‘Looks like they don’t have clothes’.

At the same time, seeing Urfi’s sizzling look in this video, some people are also praising her. Let me tell you, Urfi had joined ‘Bigg Boss OTT’ last year, although she was the first contestant to exit the show, who was able to stay inside the house for a few days.

TV’s most popular reality show ‘Khatron Ke Khiladi 12’ is overshadowed these days due to the high voltage drama happening among the contestants. On the day of the show, there is a clash between someone or the other. Now once again Rubina Dilaik has a fight with another contestant in the show and she is none other than Mohit Malik. A small clip of this episode has been shared by the makers on Instagram, which has now dominated social media.

Today we are going to talk about Ibrahim Qadri, who is a social media star in today’s time. Ibrahim Qadri is a well-known name on social media, whose videos and pictures dominate the internet every day. Even users are sometimes deceived by watching his videos whether it is Shahrukh Khan or not.

Karan Johar has finally completed the shooting of his multi-starrer film ‘Rocky Aur Rani Ki Prem Kahani’. The director of Ae Dil Hai Mushkil is now all set to bring another quirky love story. Ever since Karan Johar has announced his film, this film is in constant discussion. Many pictures and videos have also surfaced from the sets of the film. There is a tremendous buzz among the fans about ‘Rocky and Rani’s love story’.

Vinod Yadav, the rising star of Bhojpuri industry, has managed to make a different identity in a very short time. Where, Bhojpuri industry people take the help of God Father to make themselves successful. At the same time, actor Vinod Yadav has achieved this position on his own. He had proved this from his first Bhojpuri film ‘Gunda’. He has also worked in many music albums after ‘Gunda’, which has also rocked YouTube. In such a situation, now his new song ‘Char Baje’ is making a splash, which has got close to two lakh views.