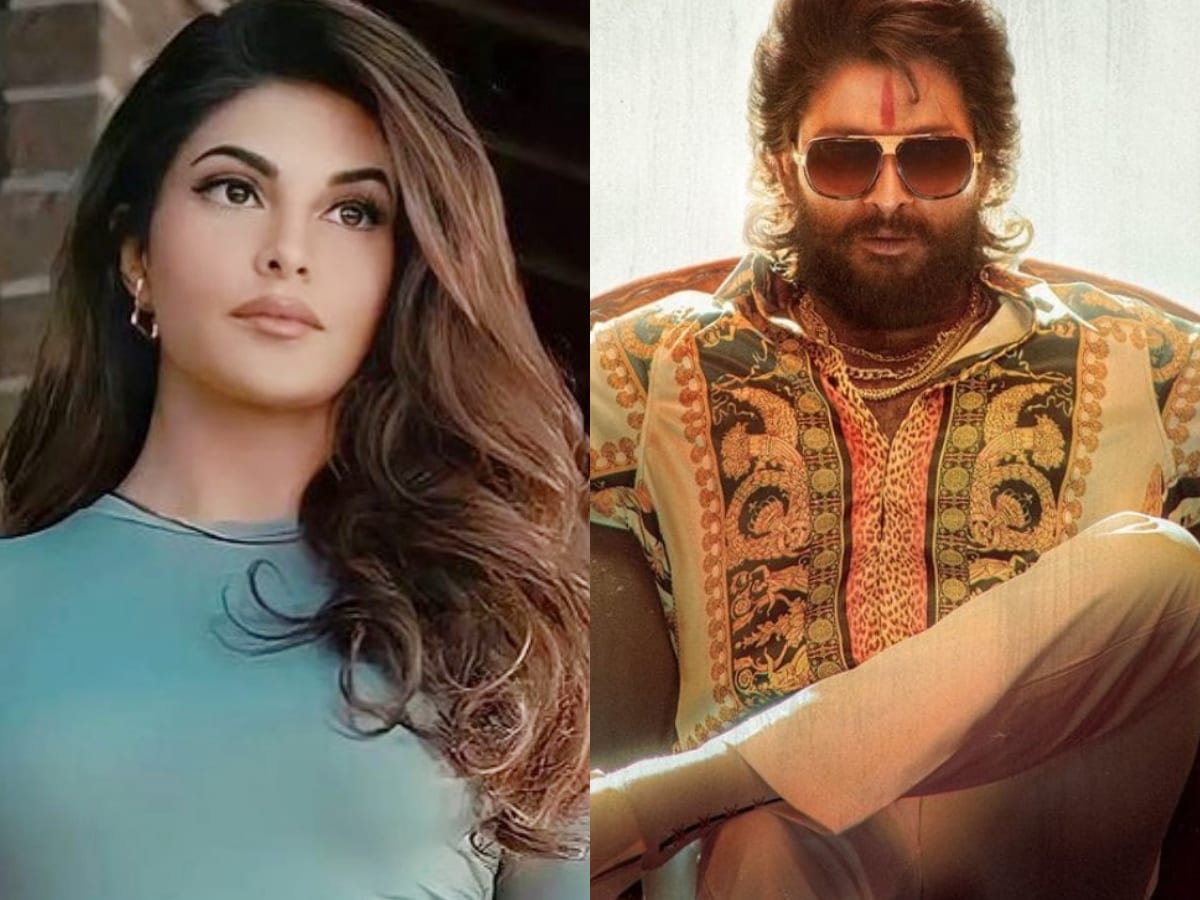 Top 5 Virsl Videos of Entertainment : The problems of Bollywood actress Jacqueline Fernandez in the Sukesh Chandrasekhar case seem to be increasing continuously. The Enforcement Directorate (ED) has made the actress an accused in the extortion case of Rs 200 crore.

After being made an accused in the case, Jacqueline Fernandez was seen going to Mukteshwar temple in Juhu, Mumbai on Monday. This video of Jacqueline has been overshadowed on social media. In the video, Jacqueline can be seen leaving the temple.

Jacqueline Fernandez in a Mukteshwar temple

This video of Jacqueline Fernandes has been shared by celebrity photographer Viral Bhayani on social media. In which the actress is seen in a simple blue color suit, applying tika on her forehead.

Allu Arjun New Song is in discussion these days about his visit to New York, because he has hoisted the tricolor on the streets there and said that this is the flag of India, it will not bow.. Many videos and pictures of the actor are already there.

Super trending on social media. Meanwhile, he has a new music album ‘Memu Aagamu’ in which his dance moves are made on sight. Recently Coke Studio India has released a new song filmed on Allu Arjun on its official YouTube channel and it is becoming increasingly viral.

‘Social Talent’, today we are going to talk about Nikita Borse, who is known for her strong dance on social media. A video of her is currently doing the rounds on the internet, in which she is seen doing a tremendous dance on a famous song ‘Kamli’ from the film ‘Dhoom 3’. Let me tell you, in this song, people were fascinated by Katrina Kaif’s dance and this song is still very popular among the people.

Sutapa Sikdar, wife of the late Irrfan Khan, has wished the younger son Ayan Khan a birthday. He has given him a long congratulatory message on his social media account. In the message, he also remembered Irfan. Sutapa recalled the time when she was pregnant and Ayan was in her womb.

Irfan was shooting for ‘Maqbool’ during this time. He has also shared a video with this congratulatory message. Some old pictures of his family were shown in this video. In which Irrfan is seen spending moments of love and happiness with his children.

Bhojpuri actor Ritesh Pandey was in the news recently about his first web series ‘Lanka Mein Danka’. His web series has been released and the audience has showered a lot of love on it. In such a situation, now the actor’s new song is creating a ruckus as soon as it is released. The lyrics of this song are ‘Love Ke Swad’. In this, the actor is romancing with actress Mahima Singh. The love chemistry between them looks amazing. Fans are also very fond of it. The video has taken over the internet.