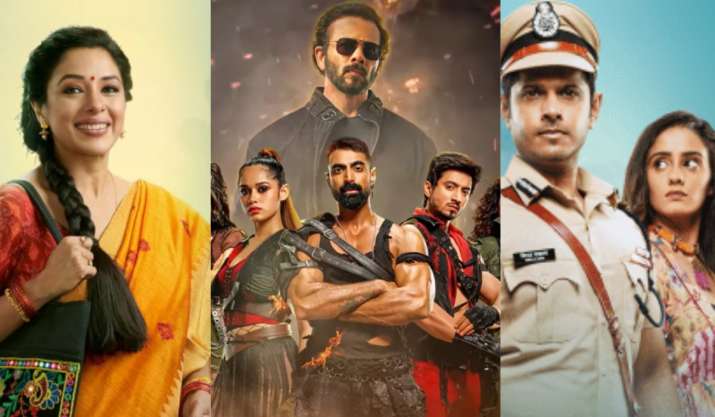 TV Serial TRP Report: ‘Khatron Ke Khiladi 12’ has emerged as a big challenge in front of the TV serial ‘Anupamaa’, which has been occupying the number 1 chair for the last several months. With an opening rating of 2.5, KKK 12 jumped straight to number two on the TRP charts last week.

This week also this stunt based reality show is maintaining its ratings. If this show continues to get the love of the audience in this way, then in the coming days this show can undoubtedly overtake Anupamaa. So let’s take a special look at the top 5 serials that have featured in the TRP charts.

So far in the TV serial ‘Anupamaa’, we have seen that Anupama is facing some challenges regarding her younger daughter. In the coming episodes, we will see that Pakhi’s boyfriend will try to take advantage of her more privately. However, whether he will succeed in this or not will be interesting to see.

With an average TRP of 2.4, Rohit Shetty’s ‘Khatron Ke Khiladi 2’ has secured its second position in the race for TRP. Khatron is ranked number one in Colors TV shows. Along with adventure, the show has a lot of comedy and drama. This is the reason why people are liking it.

After Anupama and ‘Khatron Ke Khiladi 12’, ‘Yeh Hai Chahatein’ has grabbed the third spot on the TRP chart with a rating of 2.2. Recently produced by Ekta Kapoor, the show has completed 700 episodes.

The serial ‘Yeh Rishta Kya Kehlata Hai’ has been putting Dr in the TRP race for the last 10 years. Even today people like this show. This love story of Abhimanyu and Akshara has also been given TRP along with the love of the audience. This week the TRP of the show is 2.1.

A few months back, ‘Gum Hai Kisi Ke Pyaar Mein’ was giving a tough competition to Anupama in the TRP race but at present the fans are not happy with the track running in the show. Some fans have also complained to the broadcast ministry regarding the track of surrogacy. This is the reason why the TRP of the show has also fallen.