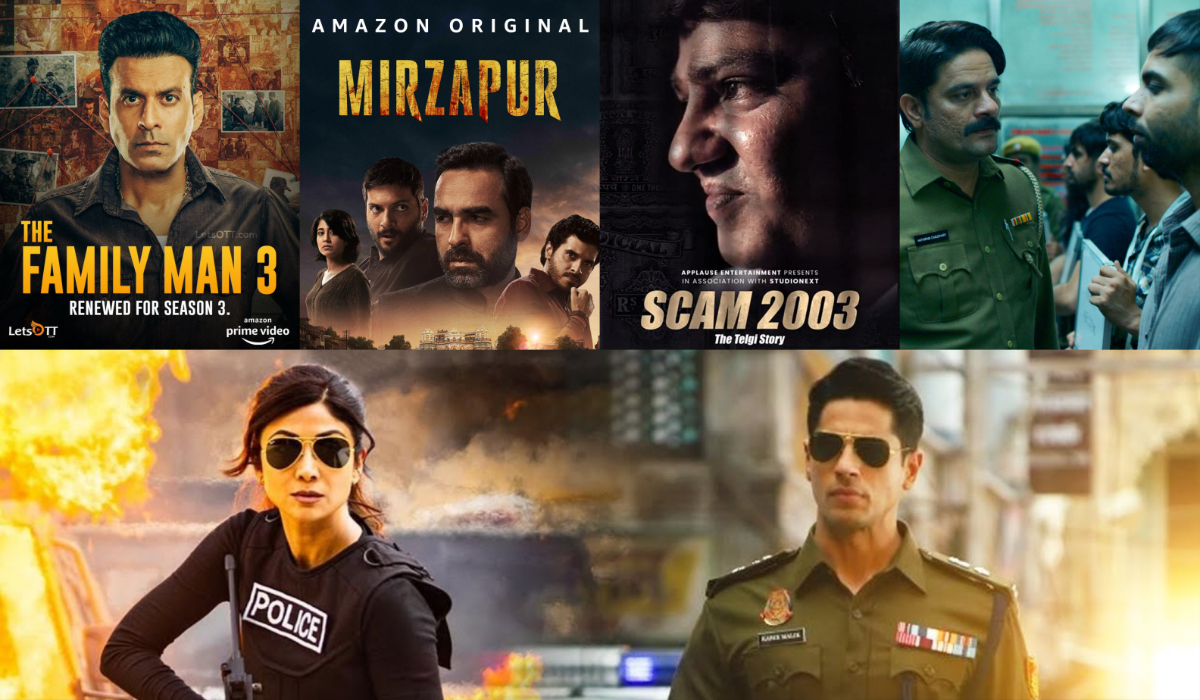 This year has been very special for Bollywood industry and South industry, but web series have always created a different place in the hearts of people. Bollywood movies have not been able to show anything amazing this time, but web series and shows on OTT were well liked.

‘Mirzapur Season 3’ will be released in the year 2023. However, its date has not been announced yet. You will be able to watch this series full of artists like Pankaj Tripathi, Ali Fazal, Shweta Tripathi and Rasika Dugal on Amazon Prime Video. Viewers who have seen the first two seasons of Mirzapur series are eagerly waiting for its next season.

In 2023, the third part of the web series will be released on Amazon Prime. Fans have liked both their seasons a lot. He got a lot of praise from the fans for Manoj’s acting. Manoj Bajpayee is once again coming with the third season of ‘Family Man 3’.

Siddharth Malhotra and Shilpa Shetty are about to debut on OTT with this series. The series will release on Amazon Prime next year. Directed by Rohit Shetty, the series will showcase the story of a young Delhi Police officer who tracks down the terrorist mastermind behind the deadly bomb blasts and will go to any lengths to bring him to justice.

‘Scam 2003’ is also coming next year. You will be able to watch this web series on Sony Liv. The release date of the series has not been announced yet, but this series will be released by next year. Directed by Hansal Mehta, this web series is on the stamp scam. People are eagerly waiting for this web series.

Well-known Bollywood director Sanjay Leela Bhansali is making this web series. This series will be released on Netflix next year. The story of ‘Heeramandi’ dates back to before independence. The politics of the brothels will be shown in this story before the partition.