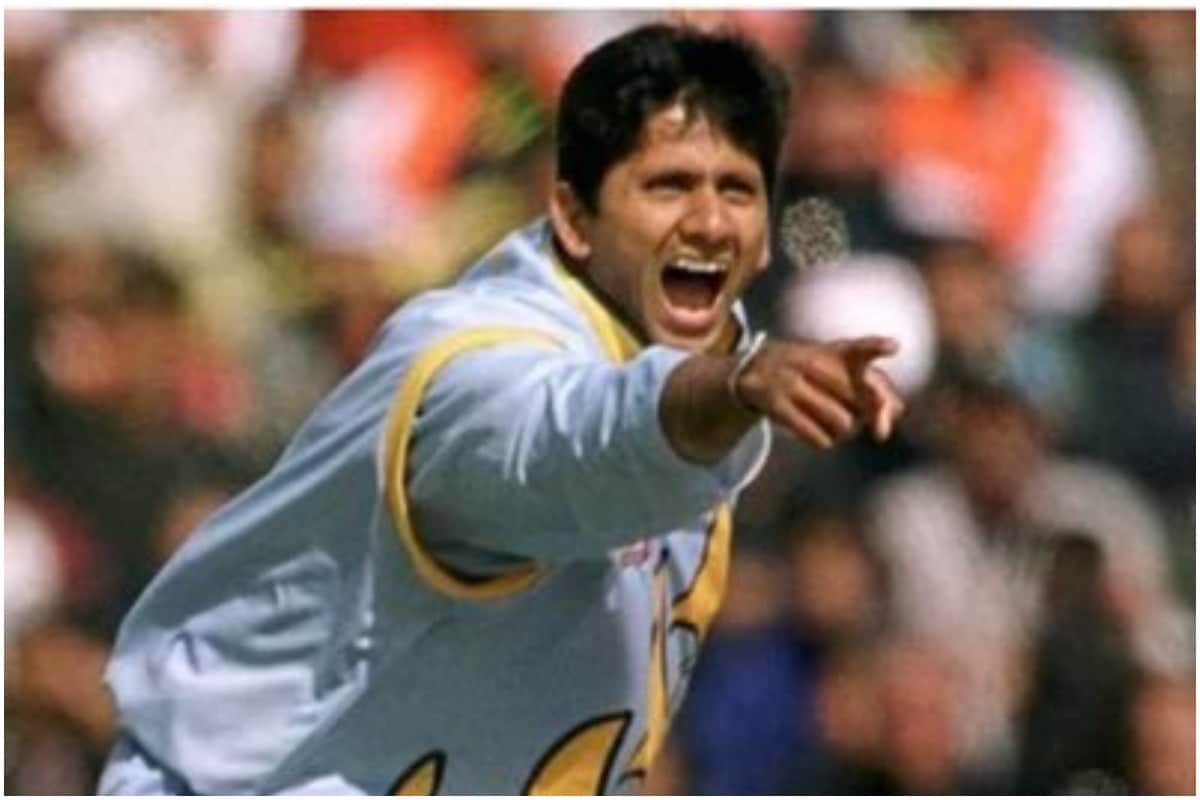 New Delhi. Cricket matches between India and Pakistan are no less than a war. There is a lot of effort on both sides to win or lose. Sometimes a player gets shattered under the pressure of the match, then someone shines. One such player has been former India fast bowler Venkatesh Prasad, whose birthday is today (Venkatesh Prasad Birthday). Venkatesh was born today i.e. on 5th August 1969 in Bangalore. Prasad was counted among the main fast bowlers of the Indian team of the 90s. The pair of Venkatesh and Javagal Srinath was very famous at one time.

Even though Prasad did not bowl very fast. But with swing and accurate line length, he troubled the batsmen a lot. However, his international career did not last very long. He played 5 years Test and 7 years ODI. But even in a short time, he proved his mettle. Especially against Pakistan, his performance was excellent.

Prasad took 196 wickets in 161 matches of ODIs and out of this he took 43 wickets in 29 matches against Pakistan. That is, every fifth wicket of his in ODIs came against this country. Prasad made his debut in domestic cricket in 1993. In 1993-94, Prasad played 13 first class matches, taking 50 wickets in his name. In the same year, South Zone scored 82 runs in a match of Deodhar Trophy. Defending such a low score, Prasad took 6 wickets for 18 runs from South Zone and the entire team of North Zone was all out for 68 runs.

On the basis of this brilliant performance, he got the opportunity of ODI debut against New Zealand in 1994. In the first three matches, he did not even get wickets. Prasad took the first international wicket against Sri Lanka.

Memorable performance in the World Cup against Pakistan
After playing ODI cricket for two years, Venkatesh got a place in the team of World Cup held in India in 1996. This World Cup was memorable for him. Especially the quarter-final match in the tournament against Pakistan. In this match, the fight between Venkatesh Prasad and Pakistani batsman Amir Sohail on the field, hardly any cricket fan would have forgotten. India had set a target of 287 runs in front of Pakistan in the match. When the Pakistan team came out to bat, batsman Amir Sohail repeatedly tried to provoke Venkatesh Prasad.

During this, Sohail hit a four on Prasad’s ball and then pointed towards him with his fingers. However, on the very next ball, Venkatesh had clean bowled Sohail.

Even today the fans remember Prasad’s quarrel with Sohail.
Regarding this incident, Venkatesh had said in an interview that his answer was actually like a slap. I was not expecting boundaries from Sohail. It was a high voltage match between 35 thousand people. Before this incident I was standing on the boundary line. He was batting hard. It looked like the match would end in 45 overs. I was looking at the audience. They couldn’t believe what was happening.

Venkatesh Prasad said that Sohail hit a boundary on his ball. Then showing his bat and finger, pointed towards the boundary and said that I will hit a four on the next ball as well. I just listened to Sohail and came back after saying a few words. Everyone knows what happened after that.

Prasad could not collect color in batting
Prasad, who bowled brilliantly, had a tight hand in the batting. He could not score a half-century in neither domestic nor international cricket. His highest score was 37 runs.

Prasad also tried his hand at coaching
Venkatesh also tried his hand in coaching after retiring from international cricket. He was the coach of the Under-19 team and then also coached the Ranji Trophy team of Karnataka. He was made the bowling coach during India’s tour of Bangladesh in 2007. During this, India won the Test series against England and New Zealand. However, in 2009, he was removed from the post after Team India’s poor performance in the ICC tournament.