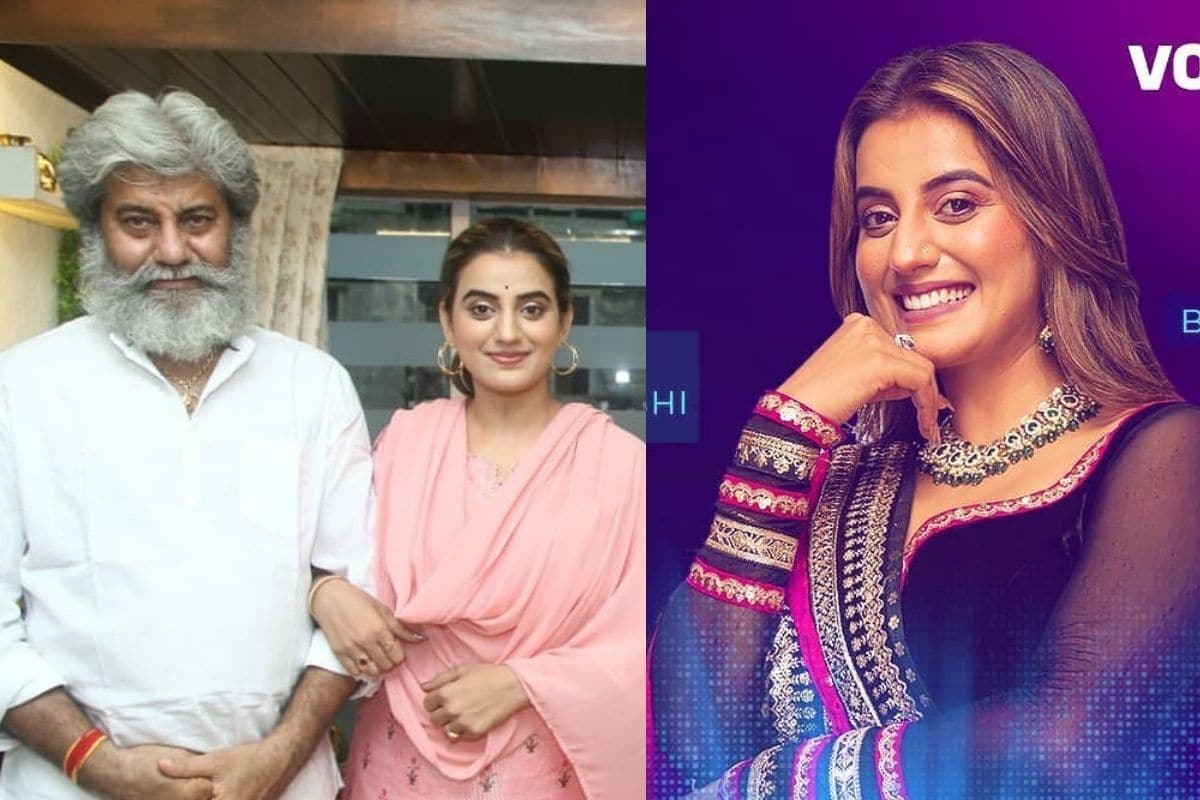 There have been many such veteran actors in Bhojpuri cinema who have proved their mettle in the industry on the basis of their acting. Everyone is bowing before his acting. One such shining star is actor Bipin Singh. Bipin Singh has worked in Bhojpuri as well as Hindi TV shows. Soon he is going to be seen in a show named ‘Kanya Pradhan’ on a TV channel. It would not be wrong to say that her daughter has become more famous in the film industry than she is famous as an actor. Bhojpuri Actress who recently entered Bigg Boss OTT as a contestant. Akshara Singh, is the daughter of Bipin Singh. Bipin’s wife Nilima Singh has also achieved a lot of fame in the cinema world.

Akshara Singh’s father Bipin Singh may be a well-known actor today, but his journey was not so easy. He too has seen many ups and downs in his life. Have slept hungry on the railway station platform for many days. He has achieved this success only after he has sweated in the theatre. Recently, Bipin Singh had a special conversation with News18 Hindi and gave his views on many things from his film journey to the entry of his daughter Akshara Singh in Bigg Boss house. 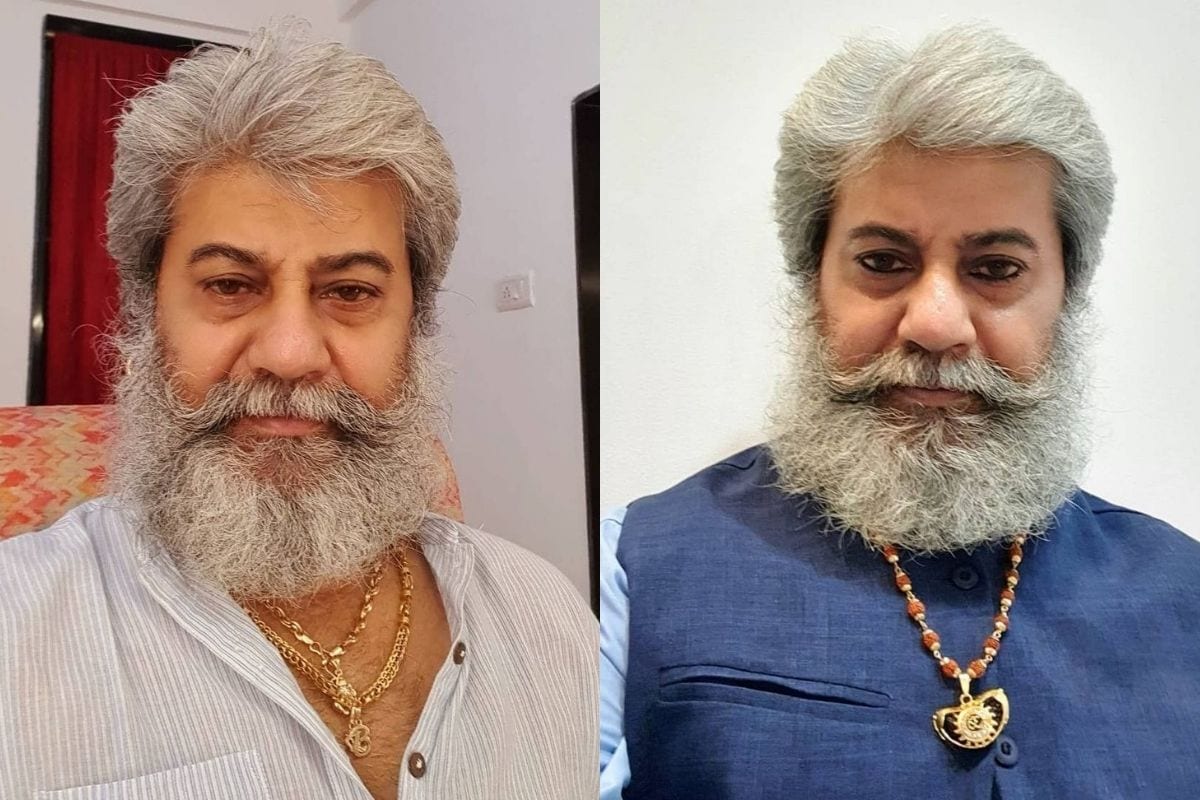 “The pleasure of working in theater was not found in cinema”
Talking about his career, Bipin Singh said that he was associated with theater for a long time. He said- “I have been associated with theater since I had a slight moustache. I worked with Sanjay Upadhyay, former director of NSD Bhopal. Later Sanjay went to NSD. I have spent a lot of time with Anupam Shyam. I am deeply saddened by his death (Anupam Shyam Death).” Talking about his stage acting, he said- “I did not look towards cinema. I loved theatre. The joy that came from working in theatre, could not give me cinema. That’s why I neither looked towards Bhojpuri cinema at that time nor did I look towards Hindi cinema. I struggled in the theatre, invested money in the theatre, the theater did not give me anything, only took it. But the most important of the two-three things I got from theatre, is confidence. Then after the death of my father, I came on the road and kept facing the difficulties of life, but in the meantime I did not leave the theater. Bipin Singh told that he got a call to work in the upcoming TV show ‘Raavan’ and then his journey moved from Patna to Mumbai.

“Negative publicity is also necessary in career for popularity”
Akshara Singh has become the most popular actress in Bhojpuri industry today. He has millions and crores of fans but like every big star, he also has to face the negative things of the people. In this regard, his father Bipin Singh says that negative publicity is also necessary for any star because it gives him popularity. He said- “If you want to be popular, then along with positivity, negative aspects are also important. I explain these things to my daughter over and over again. In the initial times, different things happened about Akshara. Once or twice our family also got tensed. Akshara’s crying, Neelima’s upset, but I explained to my family that if there is no negative publicity then man cannot move forward. Some people will say, it is the work of the people to say, that’s why I explain to the family that these things should not be disturbed. 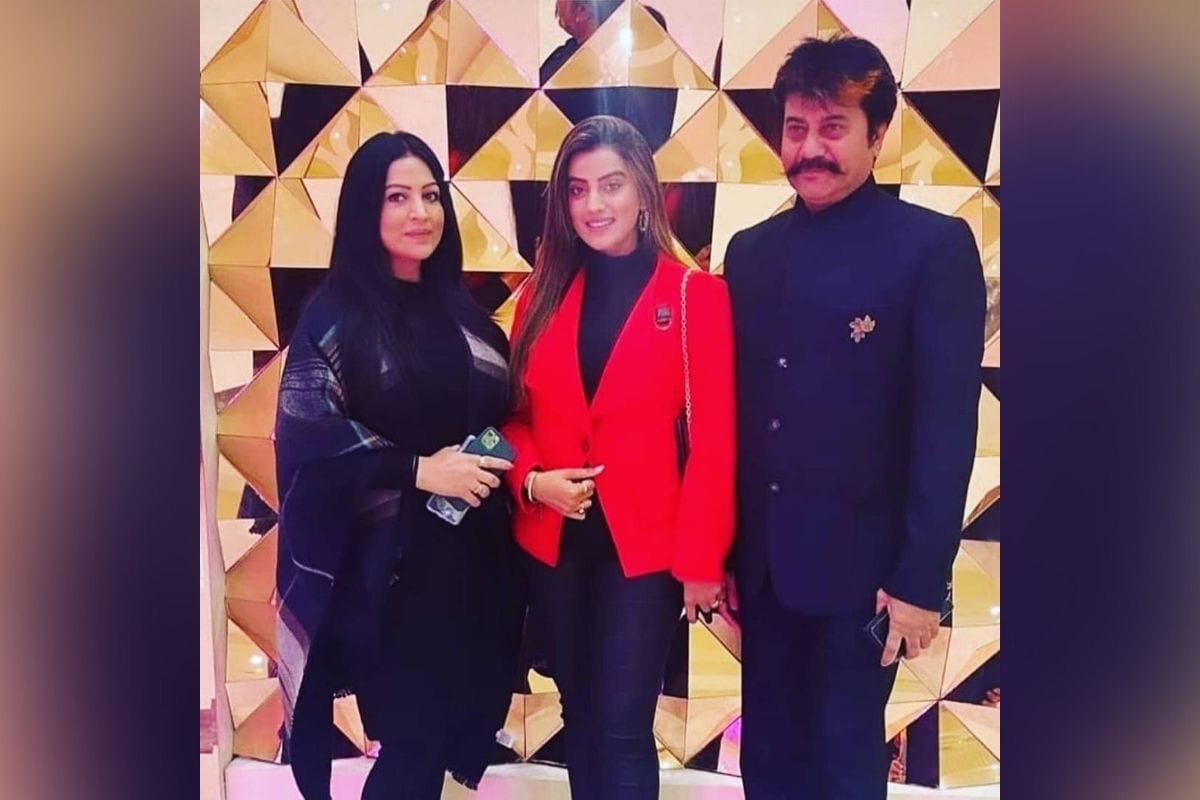 On the Pawan Singh-Neelkamal dispute, Bipin Singh said, “If you will throw stones in the mud…”
The dispute between Pawan Singh and Akshara Singh is not new. Both have said many things on each other on camera. At the same time, Bhojpuri’s well-known singer Neelkamal Singh, crossing all limits of obscenity, sang an objectionable song on Akshara Singh, after which he was criticized a lot. Commenting on these controversies, Akshara’s father Bipin Singh said- “As soon as these cases came to light, we took action. Then we also left. We left because if you throw a stone in the mud, it will spill. So why go near the mud and pelt stones! These are their thoughts and their values. Big stars who are at the top level and do not even know how to sign, how can it be expected from such people that they will have high thinking like Salman Khan or Amitabh Bachchan. Or will keep the balance around you. The atmosphere around me is because of such people, so I do not even blame them nor can I congratulate them for such acts. When an educated person comes among such people, then those people feel bad. They wonder from which forest it has come.”

“Will leave acting and beg for alms, but Akshara Singh will not pair with Pawan Singh!”
The controversy between Akshara Singh and Pawan Singh has made a lot of headlines for a long time. Both have also leveled a lot of allegations and counter allegations against each other. In an interview given to some YouTube channels, Akshara has said that Pawan Singh is getting threats to kill her through his brothers. The pair of both has been very much liked in the Bhojpuri industry, but this pair has not been seen together for a long time. On the question of Akshara and Pawan working together again, Bipin said- “It is impossible when it comes to the pair. In this life of Akshara, this pair cannot be made under any circumstances. It is said that one should not go to a place where a person feels small. Akshara cannot even think like this. Before becoming that pair, we will leave the acting track and beg for alms but it is difficult to be that pair. The person whose honor or self-respect has died, think that he has died. No person can live properly on this earth by killing self-respect. If you don’t have respect, why be a star, better make a living by driving a tractor on rent in Patna!”

Bipin Singh is very happy with Akshara’s entry into Bigg Boss
Since yesterday, the show Bigg Boss OTT has started on the OTT platform Voot. This time Akshara Singh has come as a surprise to the Bhojpuria audience. It is certain that Akshara will get a lot of support from Bhojpuri audience but her father Bipin Singh has the most support with her. He told in the interview that he has been watching the show since yesterday and he is happy that Akshara is working. He said- “I was so happy with Akshara’s departure in Bigg Boss that for the last three days I cry alone after thinking about some things. I can’t tell what makes me happy from inside. The girl who does not work at home is going there and feeding everyone by making roti. He said- “Akshara’s entry has been tremendous. It is a great pleasure to see your child. Looks like your child is bringing light to the name of Bihar-UP. Bipin Singh further said that if Akshara gets a chance to Bollywood after Bigg Boss, she will definitely go. If such a golden opportunity comes in her life, then she will not miss the opportunity. Will you enter politics?
Bipin Singh also commented on entering politics. He said- “When the Janata Dal was formed, I used to be like a hardworking member. Became the secretary of publicity in the Janata Dal. But where does the artist’s mind believe in politics? Then I joined the family. Engaged in the life of the children and the life of the family. Now leaving all this where will I go in politics! Even the last time Akshara got a call from the party, there was talk of giving a post but I refused. I said that now I am getting lentils and roti. When career is down then thought will be given.